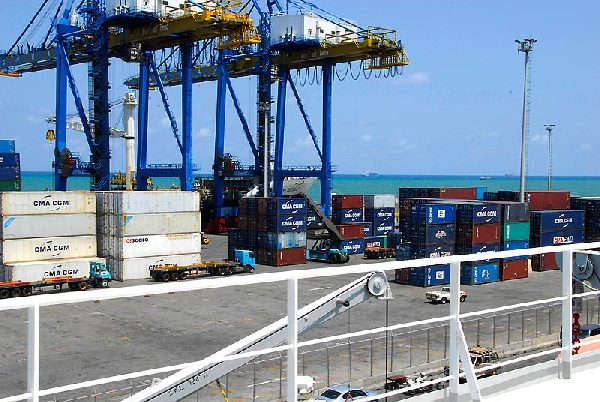 The Importers and Exporters Association has debunked media reports which allegedly accuses some of its members of evading taxes at the country’s ports as well as engaging in money laundering through port transactions.

This comes on the back of reports by pressure group, Movement for Truth and Accountability which alleged that some importing companies especially those in the Tema enclave were engaged in under-invoicing, tax evasion and money laundering.
They cited investigations allegedly done by the Bank of Ghana monitoring department, Ministry of Finance and other anti-corruption agencies.

According to the group, the companies upon getting their request for Import Declaration Form approved to bring in goods to the amount requested ended up importing much less than they requested.

Their report further stated that a total of over 1.8 million dollars was transferred to these companies solely for import purposes, but cannot be traced because they allegedly under-invoiced the transactions or refused to pay the required taxes to the Ghana Revenue Authority.

Some of these companies mentioned in their allegation included WE2 Sea Foods, Three Hills, Greensam Enterprise and Alltrade Enterprise.

But the Importers and Exporters Association said these reports were misleading and should be disregarded.

“Per the said reports, most of the importing companies were accused of under-declaring tax by importing far less of goods they had stated and paid for through the Import Declaration Form,” Samson Asaaki Awingobit, the Executive Secretary of the Association said.

“However, we think this accusation lacks merit since the authors of the said report failed to learn that the GRA and the various Banks that transact business with these companies can track any transaction through the IDF to know if an importer is under-declaring,” he exclaimed.

Bemoaning the negative effect the allegations have had on the named companies, Mr. Awingobit further asked the media to be circumspect in reporting such allegations.

“I strongly believe that if you [the media] pick or intelligence, please try your best to speak to experts. Speak to people who understand trade and their input before you proceed. Go beyond and speak to the said company that the story is about,” he advised.