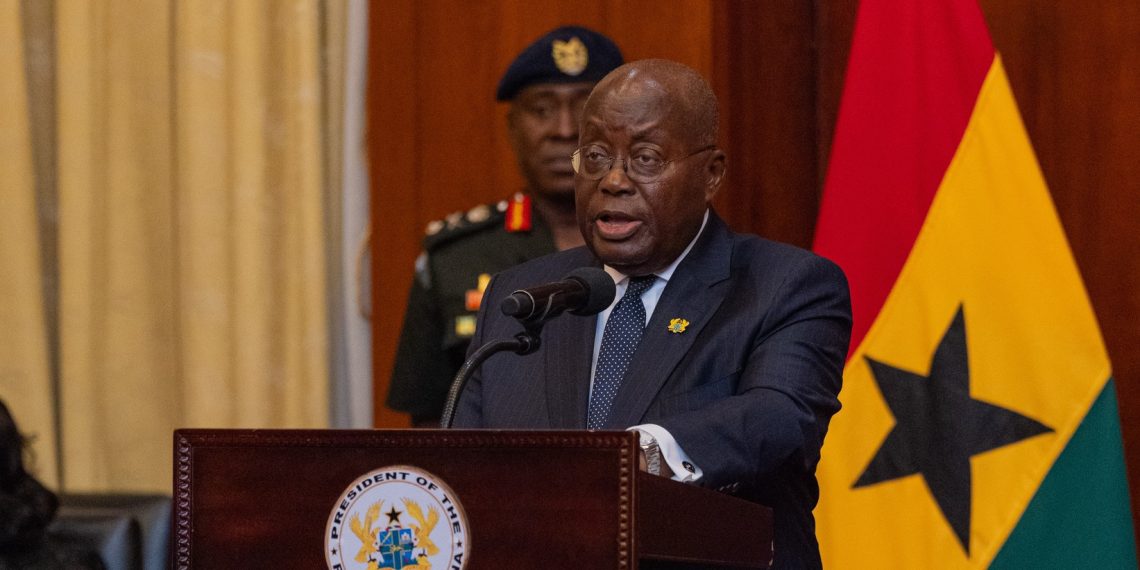 President Nana Addo Dankwa Akufo-Addo has handed a strong word of caution to Deputy Ministers serving in his government against working to sabotage and undermine sector ministers.

President Akufo-Addo while swearing into office Ms Lariba Zuweira Abudu as the new Gender, Children and Social Protection Minister with Francisca Oteng Mensah, as her Deputy, warned that he would  not hesitate to relieve any Deputy Minister of their position if they were found to be undermining their minister.

The president demanded absolute loyalty and submission from his Deputy Ministers which he said forms the “fundamental premise for the success of your work.”

He went on to tell the Deputy Gender Minister, Francisca Oteng to which extent he abhors disloyalty and subversion and said, “I will not countenance any acts of disloyalty or subversion of your Minister for I will take such acts as disloyalty to me personally and by inference, disloyalty to the State and Party [NPP].”

President Akufo-Addo further reminded the Minister and her Deputy of the sensitivity and how critical the Gender Ministry was  to the development of Ghana and urged the two to work together to address the numerous challenges confronting the Ministry.

The President added that acts of disloyalty and subversion had no place in his developmental agenda and that any Deputy Minister found culpable would  have to forfeit their office.

“A Deputy [Minister] who thinks that the route to his/her advancement is in their ability to subvert or undermine their Minister, will be sadly mistaken and axed out. You will not profit from that conduct in an Akufo-Addo’s presidency and on the contrary, you are likely to forfeit your office.”

The two were nominated to steer the affairs of the Ministry after President Nana Addo Dankwa Akufo-Addo, on July 28, 2022, revoked the appointment of Sarah Adwoa Safo, the then sector minister, after her leave of absence extension expired on August 31, 2021.

They were then approved on the dawn of Thursday, December 22, 2022, after the two had been vetted by the Appointments Committee of Parliament in accordance with Article 78 (1) of the 1992 Constitution and Standing Order 172 of Parliament.