Hearts of Oak arrive in Morocco ahead of Wydad encounter 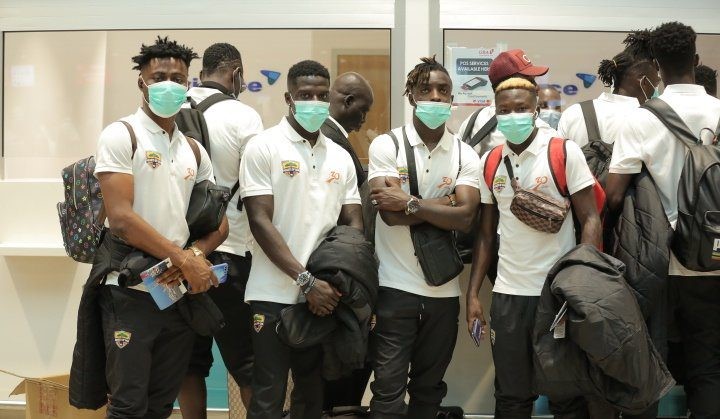 The 24 players of Hearts of Oak, together with members of their technical team, have touched down at the Mohammed V International Airport, ahead of the second leg of their CAF Champions League encounter.

Hearts, who made the trip to Morocco by making a transit in the gulf state of Dubai, will be looking to complete the job they started in Accra.

In the first leg, Hearts beat Wydad by a single goal, to gain a slight advantage, and despite their first leg win, they recognize the challenge ahead.

“They being in Ghana here, we saw what happened. One thing I believe is when we put in hard work [and] comport ourselves like we did in Ghana here, we are going to carry the day. But I believe in us, we believe in ourselves, the oneness, the understanding. If you were privileged to interview one of the WAC players, they will have certified that ‘yes, I’m playing with one of the biggest clubs in Africa’. So we going there I know it’s going to be tough,” Robert Addo told the media .

Nonetheless, Hearts have had their difficulties somewhat lessened by CAF, as the confederation directed for the game to be played behind closed doors.

Meaning, the 67,000 capacity stadium will have only the media, players and staff of the two clubs.

The game will be played on October 24.