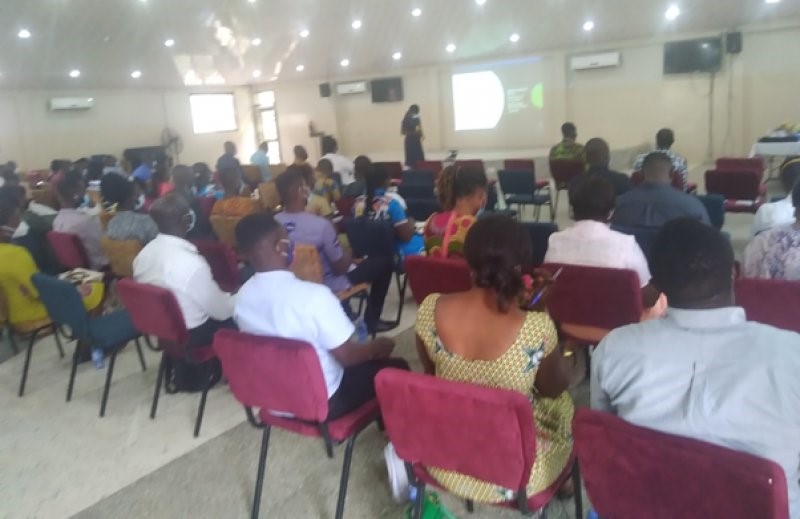 The consistent decline in tuberculosis cases detection in the Ashanti Region has left health authorities concerned about the possible spread of the infectious disease in communities.

Cases seen in the first half of 2020 dropped from 1,200 to 1,000 during the same period in 2021, a situation that officials said  was  in contrast to the increasing cases of Multiple Drug Resistant (MDR) tuberculosis cases being recorded in the Region.

Dr Michael Rockson Adjei, the Deputy Director of Health Services in Charge of Public Health, said the trend required the cooperation of the public.

Dr Adjei, who was speaking to the media on the sidelines of a mid-year tuberculosis review meeting in Kumasi, said the MDR tuberculosis was the type that did not respond to the conventional tuberculosis treatment because the bacteria was resistant to the treatment.

“So, it means that people who have MDR and have not been diagnosed are now spreading the disease within the Region,” Dr Adjei said.

“Tuberculosis is a chronic disease so gradually it would be grinding your system slowly; so, patients can go about their activities for even two years without knowing their condition.”

He also blamed the low detection of tuberculosis on the phenomenon where people were given medication at pharmacies and drug stores when they showed signs of coughing without screening.

He said since the drug stores did not screen for tuberculosis when people show up with a cough, health authorities missed out on getting the right number of people to treat in the fight against the infectious disease.

The Deputy Director warned that if the trend continued, the country might experience a tuberculosis epidemic and the larger society would suffer the consequences.

He said the current prevalence in communities, the health directorate was expecting about 2,500 cases after the half-year instead of the 1,000 cases, leaving a huge gap of about 1,500 cases who may be spreading the disease in communities.

He enumerated some interventions being implemented by the directorate to contain the situation and stressed the need for the public to seek medical attention.