Hatred for or hating Nana Akufo-Addo 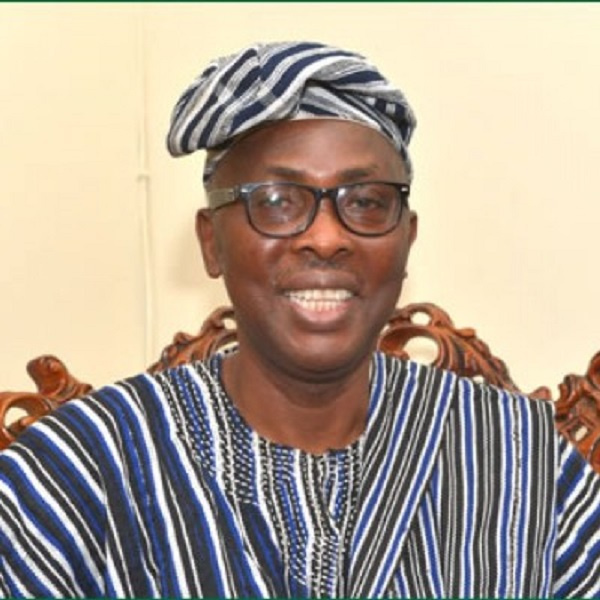 A rather  intriguing title. I know… In early 2017, back home from serving my country abroad as high commissioner to Namibia and Botswana and stinging from the outcome of the 2016 elections, I was invited to appear on Paul Adom-Otchere’s “Good Evening Ghana.” It was sedate, respectful, and measured. Paul has always shown me much respect, which was very evident that evening. These days, I keep hearing of so many things unflattering about him, but that’s another matter altogether.

He probed me about many things, including, I believe, the media, diplomacy, politics and other tit-bits and then, somewhere along the line he let drop two probes that left me fumbling and mumbling…

He asked me about the state of my personal relationship with Mr. Akufo-Addo. Disarmingly and sweet, he asked what had gone wrong. According to him, he thought we were good friends. My mumble was to the effect that we had each gone our separate ways, refusing to be drawn into any details. And then a strange one: Did I think Nana Akufo-Addo is a great president?

Such a question, only a few months down the line after the elections. I do not recollect him saying “would” and it actually does not matter whether “will” or “would”, it was so disturbingly premature to put that kind of question to me. I have totally forgotten what the mumble was – five years on, but I am now wiser and fully understand the import. I remember I found the interview curious and raised it with a few people close to me. We were all agreed that “they” had put Paul put up to it. To quote a popular jargon, you do not have to be a rocket scientist to guess right who the “they” were. Please see below how ghanaweb captured highlights of the interview in the network’s General News of Sunday, 3 September 2017.

“I have no quarrels with Akufo-Addo – Alhaji Harruna Attah”

“Alhaji Abdul-Rahman Harruna Attah has debunked reports about a beef he supposedly has with the President of the Republic Ghana, Nana Addo Dankwa Akufo-Addo. “I have no quarrels with the current President just like with Rawlings; I made my positions very clear on issues with him.

Also, I’ve made my position clear on a number of issues”, he stressed. Harruna Attah said, undermining the integrity of the President will be harmful to him and said he hopes Nana Akufo- Addo or his appointees wouldn’t push him with their actions. “He’s now the president of our republic, is not for me to undermine him. When I undermine him, I’m undermining the integrity of the presidency of Ghana and I’m doing myself harm”.

“So, I won’t do it. I won’t engage myself in any act that would bring dishonour to his person or to his office.

That I won’t do and I pray that his own action or the action of his lieutenants will not also tempt me to misbehave”, he asserted. Alhaji Harruna Atta prior to the 2016 general elections was purported to have accused the then presidential candidate of the NPP, Akufo-Addo of being tribalistic, a deed which warranted a series of backlash from the NPP quarters.

Harruna Attah maintained that what he said were the facts, and wondered why he was being tongue-lashed by members of the NPP just because some persons disagreed with the contents of his article.”

Hating or hatred for Nana Akufo-Addo

I have had to do this commentary, to hopefully clarify some misconceptions, mischief, or simply put, drivel from them to rest. Again you do not have to be a rocket scientist to guess who the “them” are. You see, before and after the Adom-Otchere interview I had and have been contributing commentaries to the Ghanaian media in both the print and electronic media.

Obviously not music to some ears (and why should it?), “rejoinders” have popped up here and there. I do not go out looking for rejoinders, so I have missed all of them, except the few that have been referred to me by my syndication agent or on one occasion by a young lady in the deep end of NPP pool: A supposed well-wisher from that team. Then there is this Akyem man (his bigoted diatribe exposed that), resident in the US, a man I once regarded as a friend, but long before elections 2016 and 2020, I had discovered was a mad man, who penned such drivel as a reaction to one of my commentaries that even his own ethnocentric trotro mates must have found extremely embarrassing. I did not favour him with a response. And true, that is my policy – not to go chasing after people with rejoinders. For two main reasons: 1) I must be able to take, in fairness, what I give and 2) It would be a total waste of one’s creative time to go answering all rejoinders – palatable or unpalatable. I appreciate all the positive reactions I get, and those not so palatable, which I do not see much of, anyway, but the few that I have seen, for some reason, all accuse me of hating or hatred for Nana Akufo-Addo. The latest being a reaction to my very public opposition to the so called national cathedral. Now that Akufo-Addo has succeeded in sowing discord in the Islamic community with the pressure on the NCI to “donate” to the cathedral, they must be feeling satisfied with that ungodly machinations.

“It’s all because Harruna Attah simply hates…”, they would bleat! “Despise” may be a better word, but hate? I will not split hairs on that, the bottom line being, I am not an admirer of the man they so admire. I have a better man that I respect, admire, and hold in very high esteem: John Dramani Mahama.

Do I need to explain the difference between night and day to anyone? Normally no, because they are so different, you can’t confuse one with the other. But the story here is about wolves in sheep clothing! The sycophants and praise singers packaged and sold a “saviour and a redeemer” – a hype – to the Ghanaian electorate in 2016. Four years plus, down the line, the truth about competence and capacity to run the State of Ghana is an open secret! The current flavour of incompetence and wanton violation of the rights of citizens of Ghana is on display for “fellow Ghanaians” to see.

All, and I mean ALL, state institutions have been compromised in such reckless and destructive partisan politics that would take generations to cauterize. To me, that is a very major item on Nana Addo’s charge sheet. So they waste their hate on me when they think they are boring their hateful drilling bits into me…

Need I add more? I will not belabour this. I am referring them to the over 60 commentaries I have written and begging of them to go back to those commentaries, which I believe they read avidly, to educate themselves. There will be a lot they would realise that in their hateful rush to be hateful, they have missed. By the way, I still stand by my statement in 2016 when I put it in the public domain that Nana Addo had told me that the “NPP would not cede its Akan leadership” and Hackman Owusu Agyeman’s Islamaphobia of “with a population of 70% Christians will it be fair to have a Muslim president?” and Kwame Addo-Kufuor’s tongue lashing at the Trade Fair Centre. But perhaps, the mother of all of them: Why did the late Baffour Akoto once summon Nana Akufo-Addo to Kumasi?

But I leave my concluding words to Prof. Kwesi Botchwey: “Make no mistake about it. We have lost our innocence as a nation. Our democracy has been stained, perhaps indelibly, and its edges frayed amid a rising tide of cynicism, it would seem, about the integrity of its key institutions – the Electoral Commission, the Judiciary, the Military, the Police, the National Center for Civic Education, the clergy and yes, even the media. This is not a conjunction we can celebrate.

It is a blemish that no amount of media spin or self-acclamation can erase. On the contrary, it is a time for sober, unbiased, non-partisan, and honest reflection by every patriot, no, every citizen, over where the nation, this Black Star on the coast of the Gulf of Guinea, is heading!”

If that is hating or hatred for Nana Addo Dankwa Akufo-Addo, I am rather sorry, but I will continue causing that particular kind of “inconvenient truth.”