Half Moon Bay: Seven dead in another California mass shooting 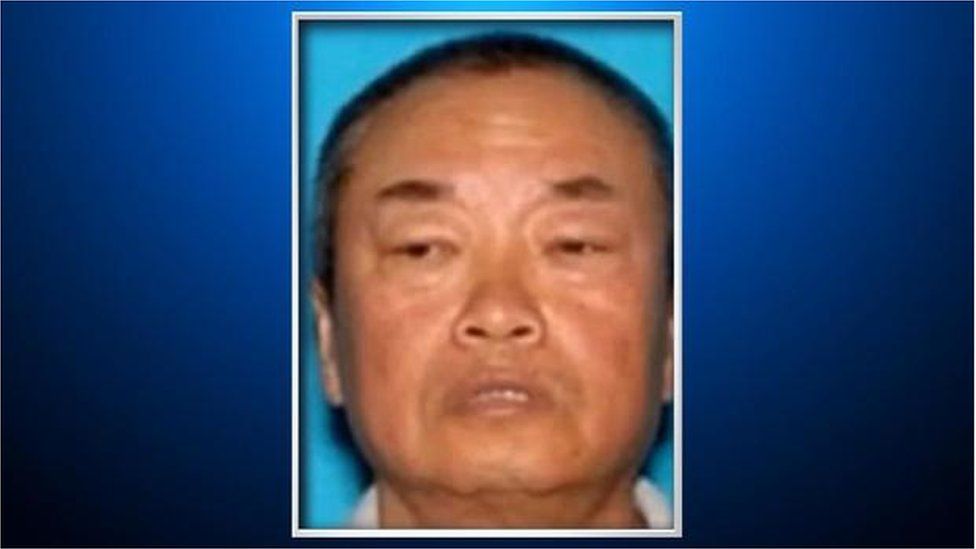 The US state of California is reeling from its third mass shooting in eight days after a man shot dead seven former co-workers south of San Francisco.

The attacks took place in the coastal city of Half Moon Bay. The victims were all Chinese-American farm workers.

Suspect Zhao Chunli, 67, was arrested after driving to a police station.

It comes as the state mourns the death of 11 at Monterey Park – about six hours south east of Half Moon Bay – during Lunar New Year celebrations.

And just over a week ago, six people including a teenage mother and baby were killed at a property in Goshen, central California.

California Governor Gavin Newsom tweeted that he was at a hospital meeting with victims of the earlier mass shooting when he was pulled away to be briefed about the second attack, describing it as “tragedy upon tragedy”.

The latest bloodshed to hit the state took place at two farms around the Half Moon Bay community.

Four victims of the shooting attack were discovered at a mushroom farm while the other three were later found at a nearby trucking business. An eighth victim is being treated in hospital and is in a critical condition.

A number of children who had recently been let out of school and lived on the rural property saw the attack take place, San Mateo County Sheriff Christina Corpus said.

“This kind of shooting is horrific. It’s a tragedy we hear about far too often, but today it’s hit home here in San Mateo County,” the office said.

“For children to witness this is unspeakable.”

After carrying out the killings, the suspect drove to a local police station where his arrest was caught on camera.

US news channels showed Zhao Chunli being pinned to the ground and arrested by police.

He was found with a semi-automatic pistol that may have been used in the attack, and was co-operating with police, Sheriff Corpus said.

San Mateo County Board of Supervisors President Dave Pine told the Associated Press news agency that the attacks were committed by a “disgruntled worker”.

“We are sickened by today’s tragedy in Half Moon Bay,” Mr Pine said in a statement. “There are simply too many guns in this country and there has to be a change.”

Just hours after the attack, seven were injured and one person was killed in a shooting in Oakland – about 40 miles (64 km) northeast of Half Moon Bay.

The Half Moon Bay attack is the 37th mass shooting in just 24 days, according to Gun Violence Archive.

They define a mass shooting as four or more people injured or killed.

Even as details of the deadly attack in Half Moon Bay were coming in, detectives in the south of the state were still hunting for a motive for the killings in Monterey Park.

There, an elderly Asian immigrant murdered 11 people in a suburban dance hall, before killing himself as police closed in.