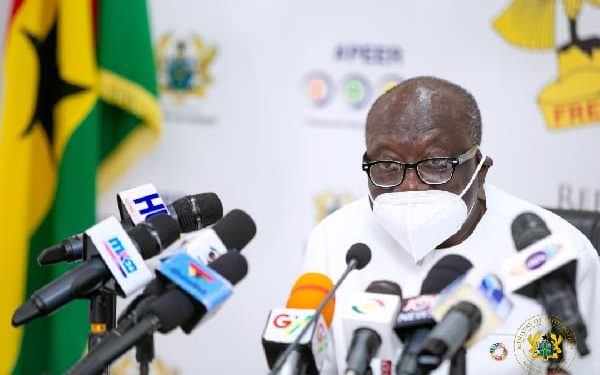 Government has revised some terms of its Domestic Debt Exchange Programme (DDEP) following discussions with the Ghana Association of Banks (GAB).

But after the engagements between the bankers and the Ministry of Finance, bondholders will now enjoy a 5% coupon in 2023.

This also translates into an effective coupon rate of 9% according to a joint press release by the Finance Ministry and Ghana Association of Banks.

The agreement encompasses final improvements to the terms of the DDEP, namely:

a. An agreement to pay 5% coupon for 2023 and a single coupon rate for each of the 12 new bonds, resulting in an effective coupon rate of 9%.

b. Clarity on the operational framework and terms of access to the Ghana Financial Stability Fund (GFSF).

c. The removal or amendment of all clauses in the Exchange Memorandum that empower the Republic to, at its sole discretion, vary the terms of the Exchange.

Banks remain crucial because of the key role they play in the Domestic Debt Exchange Programme.

Last week, the Ghana Association of Banks asked its members to stay any further engagement in the DDEP until their demands have been met.

At the time, the Association said it was due to the foregoing and numerous uncertainties surrounding the programme.

“The GAB recognizes the progress made and notes that participation of its member banks in the DDE, per the new terms, is subject to each individual bank’s internal governance and approval process but in any case, not later than 30th January 2023”, parts of the joint statement read.

The government has extended the deadline for the registration of the Domestic Debt Exchange Programme to 31st January 2023.