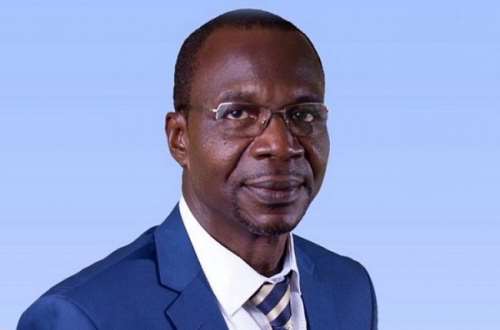 This follows an out-of-court settlement with Madam Caroline Boateng, a member of the Association, who initiated a court action against the GJA President & Others over their stay in office after the end of their term.

Their tenure of the executives ended on 17 November, 2020. A statement signed by Mr Kofi Yeboah, General Secretary of the Association, and copied the media , said the Plaintiff and the Defendants signed the Agreement, which was procured under the auspices King Tackie Teiko Tsuru II, the Ga Mantse. It said the parties agreed that “the GJA elections shall be held one month after the signing and coming into force of the Agreement today, Friday, September 3, 2021”.

The statement said that meant the “stayed national and regional elections shall now be held on or before October 3, 2021,” with the parties further agreeing that the handing over and swearing-in of new executives shall be held within two weeks after the declaration of election results.

It said the “Parties submit that within one week from the date of the Agreement, the GJA 2021 Elections Supervision Committee shall be established, made up of a representative each of the aspirants for national office positions and each of the regions, to work with the Elections Committee of the GJA to conduct the elections”.

Consequently, the statement said aspirants for the national office positions and the regional branches were expected to submit the names of their nominees to: The Chairman, GJA Elections Committee, Ghana International Press Centre, Accra, before the close of work on Monday, September 6, 2021.

It said the Committee shall ensure that a voters’ register of members in good standing (GJA members who have paid their dues up to date), including retirees and past executives, shall be generated or compiled from the records of the GJA Secretariat, and such members shall cast their own vote.

The statement said within its mandate, the Committee shall submit for publication by the Elections Committee a calendar of activities for the elections and ensure the non-interference in the election process by the GJA Executive or National Council or anybody whatsoever.

It said the parties further agreed that the Elections Dispute Adjudication Committee (EDAC) of the GJA shall be empowered to be responsible for all election-related disputes and that in the event of disputes unresolved by the EDAC, same shall be referred to mediation pursuant to the ADR Act, 2010 (Act 798) with a mediator appointed by the President of the Accra Bar within 48 hours of delivery of the dispute to the Accra Bar President.

The statement said the Agreement indicated that such disputes or appeal shall be submitted within 48 hours to Counsel for the Parties for onward delivery to the President of the Accra Bar to be resolved within 24 hours of the appointment of the mediator. It said the parties agreed that, “they shall be bound by an absolute confidentiality clause to this Agreement, and these terms shall be subject to the

“That these terms of settlement embody the entire understanding of the Parties in respect of the matters contained in, or referred to it, and there are no promises, terms, conditions or obligations, oral or written, express or implied, other than those contained in these terms of settlement,” the Agreement provided. It stated that the parties, having agreed “to compromise their differences and to settle this case amicably, do hereby execute this Agreement and that any duty or obligation of any party herein that may become outstanding for whatever reason(s) shall not remain undischarged.” The GJA held its last elections on Friday, September 29, 2017 and the new executives were inaugurated into office on Friday, November 17, 2017.