*Mahama advises gov’t on what to do

Former President, John Dramani Mahama has urged President  Nana Addo Dankwa  Akufo-Addo to, as a matter of urgency replace his Finance Minister, Ken Ofori-Atta, with a more assured and competent person who is able to work tirelessly to turn the country’s fortunes around.

According to him, Mr Ofori-Atta has already lost his credibility, trust and confidence after he supervised “the disastrous collapse of the economy.”

He appealed  to President Akufo-Addo not to  include the  Finance Minister in the his team of negotiators who will engage  the International Monetary Fund (IMF) for economic support.

“In addition, given his obvious failures, the Vice President must be relieved of his responsibility as Chair of the Economic Management Team to enable the President to reconstitute the team.
“We must draw useful lessons from this episode and avoid cheap politicking with the economy that can only yield the disastrous outcomes that have brought us here,” he said
His call came after President Akufo-Addo had authorised the Finance Minister  to begin formal engagements with the IMF for support.

On Friday, July 1,2022, the Information Ministry announced that there had already been a conversation between the IMF boss, Kristalina Georgieva, and President Akufo-Addo over the move for the bailout.

Reacting to this in a Facebook post, Mr Mahama said a comprehensive home-grown programme should be presented to the Fund for support.

“Though belated, it should mark an important step towards addressing the dire economic situation, which has left Ghanaians wallowing under intense suffering and hardships.
“It is imperative that a team of skilled and competent negotiators is put together to obtain the best set of measures with the Fund,” the former President suggested.

Earlier, former President Mahama had given a presentation at the inaugural launch of the Think Progress Ghana group. The theme for the occasion was: “Ghana’s Debt Burden: Reflections and Solutions.”

Months prior, he delivered a similar lecture that touched on the economy and other thematic areas of governance in a presentation dubbed “Ghana At A Crossroads.”

In his recent lecture, he called on the government to apply for an IMF programme to help salvage the economy from catastrophe.

Barely 12 hours on, government announced that the Finance Minister had been directed to start formal talks with the Fund for a programme put together by the government of Ghana.

Meanwhile  an economist and former GIMPA rector, Prof Stephen Adei has congratulated former President Mahama for his contributions to economic debate in the country.

He reserved praise for Mahama in respect of the recent lecture in which the former president spoke extensively about the ills bedeviling the economy and proffering solutions.

“I want to congratulate former President John Mahama for coming out with some measures to solve our problems, Prof. Adei said  on Joy News.

He referred to a home-based economic summit Mahama organized in 2015 as he sought solutions for Ghana’s economic hurdles at the time.

“At Senchi we discussed all the options and we were convinced that going to the IMF was the best. I think we have to analyze the current situation to see the best option,” he stressed. 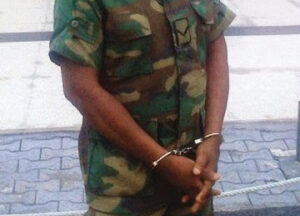