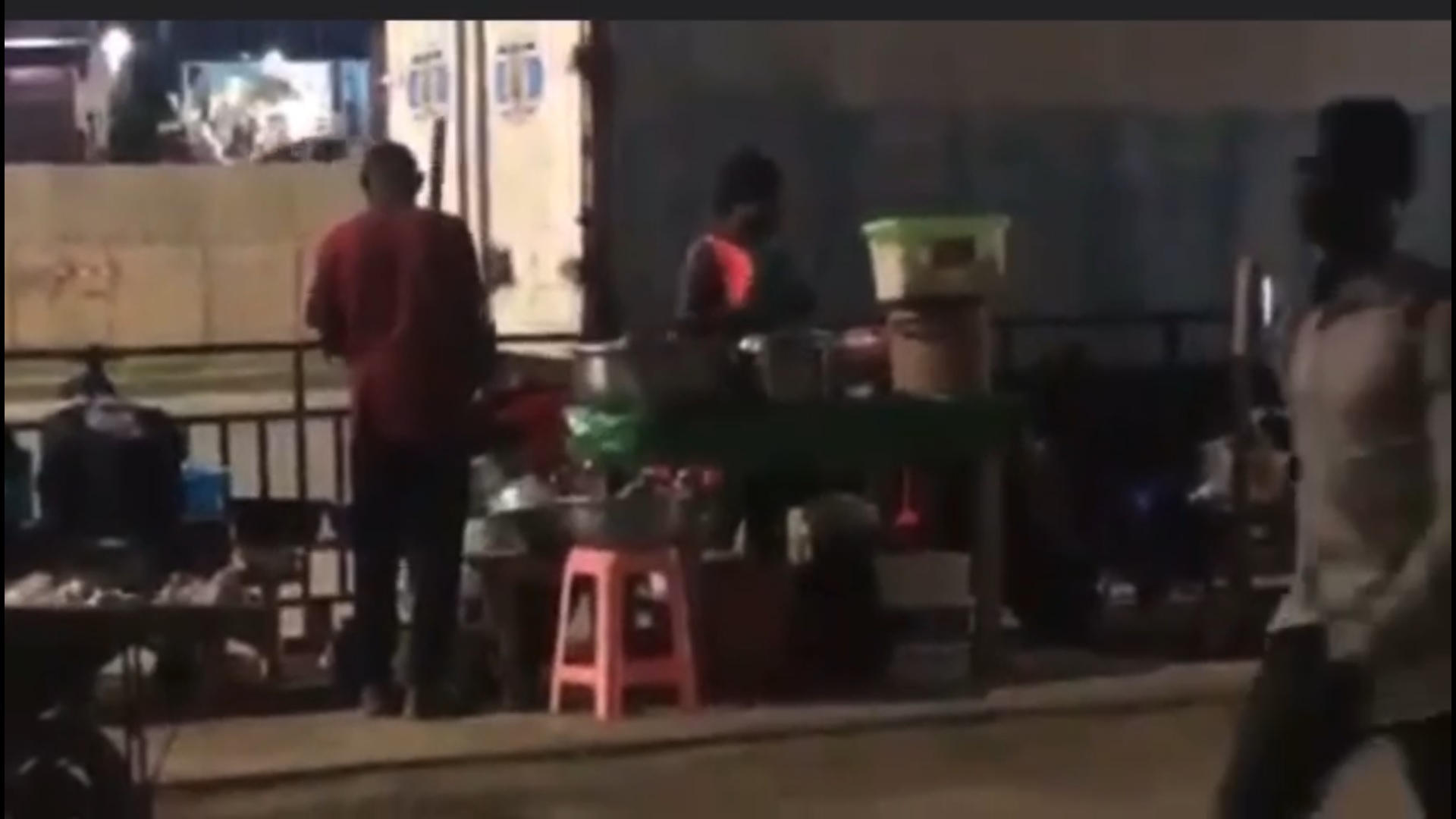 Two persons who were arrested by Police for running a fufu joint on the pavement at the Pokuase Interchange have been released.

The suspects, a 60-year-old man and his daughter, 32, are said to be operators of the eatery cited in a video pounding the local delicacy at the newly-constructed facility.

The footage of the incident has since gone viral on social media and sparked criticisms about indiscipline and abuse of public structures.

Accra Region Police Command, which effected the arrest, explained that Kwame Addo and Comfort Dartey operate the mini-chop bar only at night, per their preliminary investigations.

Public Relations Officer of the Command, DSP Juliana Obeng also indicated that the duo were charged for causing nuisance to the public and subsequently granted bail on Wednesday, August 25.

Meanwhile, the Chief Executive for the Ga West Municipal Assembly, Clement Wilkinson, has cautioned traders against engaging in such activities around the facility or risk facing the law.

It forms part of the government’s measures to address the issues of congestion in urban centres, and to help improve travel times on major arterial