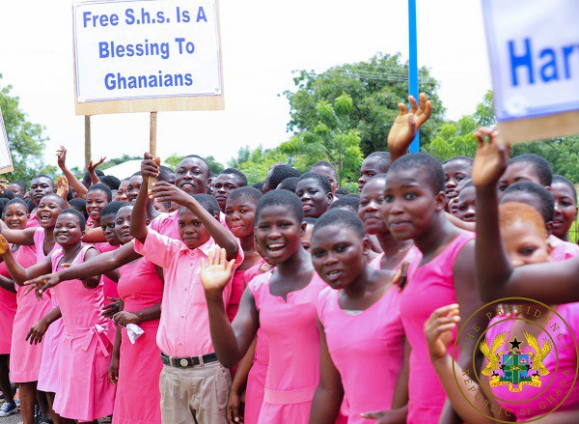 The free Senior High School (SHS) programme is under review. The exercise is being led by the World Bank as part of efforts to properly assess the effectiveness and cost implications of all social intervention programmes currently under implementation.

Other programmes under review include the School Feeding Programme, the Planting for Food and Jobs and its offshoots, the One District, One Factory (1D1F) initiative and the Agenda 111.

Mr Ofori-Atta said the review was part of efforts to streamline government expenditure.

It is understood that the review is one of the actions that the government is undertaking to ensure and assure of fiscal prudence in the quest for a $3 billion support from the International Monetary Fund (IMF).

While stressing that a decision will be made on each of the programmes only after the outcome of the exercise has been made known, the minister said he was convinced that the exercise would not collapse the free SHS and the School Feeding Programmes.

He said the results of the exercise would aim to strengthen the initiatives by improving targeting and spending.

The minister was optimistic that the exercise would be concluded soon for a document to be issued next year.

On why the government settled on the World Bank to lead the exercise, Mr Ofori-Atta said it was to allow for a fresh eye on the initiatives.

He said after implementing the various programmes for about six years, it was only proper that a comprehensive assessment of how they had fared, the cost and results of each initiative were undertaken to inform the next line of action.

At a joint press conference last Tuesday to announce the preliminary agreement with the IMF for a $3 billion extended credit facility (ECF), Mr Ofori- Atta explained that the review of the social interventions was also to ensure efficiency.

“I think we are doing a review to look at the efficiencies of all of these programmes and that has already kicked off.

“And as we then continue, we will make sure that these are run efficiently,” the minister said at the event that was jointly addressed by the IMF Mission Chief to Ghana, Stephane Roudet, and the Second Deputy Governor of the Bank of Ghana, Elsie Addo Awadzi.

It was also graced by the World Bank Country Director for Ghana, Liberia and Sierra Leone, Pierre Laporte.

Mr Ofori-Atta assured the nation and the gathering that the government was committed to the free SHS programme and would work to enhance its implementation and effectiveness.

“The issue of human capital is something that the government of President Akufo-Addo is completely committed to and clear about because that will always remain our future and also ensure social mobility for every Ghanaian. The sense of citizenship is important,” he added.