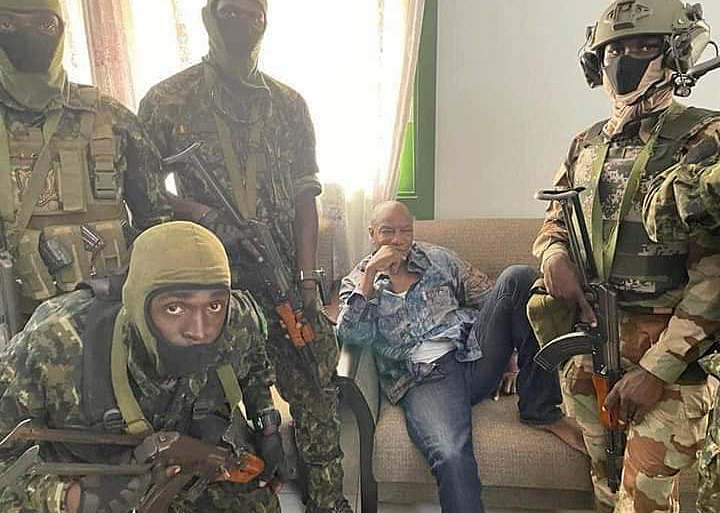 The coup in Guinea came as no surprise to retired Ghanaian diplomat, D.K. Osei, who worked in the Ghana Embassy in Guinea under the Rawlings administration.

“I have always had the view that given the nature of the attempts made [by Condé] to change the constitution… it would not have surprised me that this would happen.”

“In fact, discussions have been held about this eventually and two months ago when I was in Conakry, I spoke to the President about the possibility of this happening,” Mr. Osei said on Citi TV which was monitored by Today Newspaper

The former diplomat said he and President Condé have been friends for a long time and he was “deeply concerned” about the country’s future.

He also said there had been a marked shift in then-President Condé’s ideals that also worried him.

Mr. Osei said he had raised the issue of the Constitution changes but was rebuffed by Mr. Condé, now aged 83.

“One of the things he said to me was that since I had never stood for an election, I could not give him a lecture on democracy.”

“His responses were very un-Alpha like,” Mr. Osei added.

The constitutional change in Guinea allowed Mr. Condé to successfully run for a controversial third term in 2019.

Before 2010, when he was first elected into office, he was a long-time opposition leader.

The constitutional change has been noted as one of the reasons for the military take-over.

After gunfire in Guinea’s capital, a group of soldiers announced the dissolution of the constitution, the closure of the borders and a nationwide curfew in a broadcast on state TV on Sunday evening.

The soldiers, led by a Special Forces Colonel, Mamady Doumbouya, had said regional governors had been replaced by military commanders and that Mr. Condé was under arrest.

The UN, African Union, and ECOWAS have condemned the coup and called for a return to civilian rule.

The coup in Guinea was the fourth attempted coup in West Africa in the last year with two military takeovers in Mali and a failed coup in Niger.