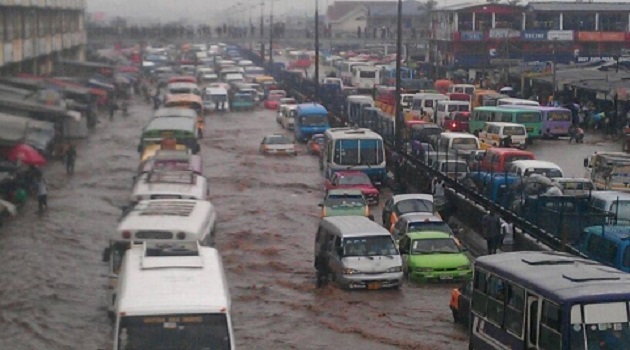 FLOODING in Accra has in the past years become a major source of worry and concern to the city authorities.

IT, therefore, did not come to us as a surprise when the new Greater Accra Regional Minister, Henry Quartey after assuming office kicked the ground running by ensuring that the Accra city like all other capital cities in the world attains the status it deserves.

ELSEWHERE  in Africa and the developed world, torrential rainfalls are experienced seasonally that cause temporary disturbance for the flow of traffic.

BUT, while these situations abate with the stoppage of the rains, the situation is different in Accra. In our case, all that it takes for flooding to occur is just some light rainfall, as occurred at the weekend in Kasoa.

OUR situation has been primarily caused by refuse that has been deposited in our drainage systems to choke our gutters, thereby impeding the free flow of rainwater.

BEYOND  the flooding situation is also a score of challenges that confront the city of Accra, among them the unauthorised siting of structures, some of which sit in areas that should have been allowed for the passage of rainwater, as well as the dumping of solid waste at unapproved areas.

ROADS  in the city are riddled with potholes, traffic lights fail to work regularly, creating needless gridlocks that sap energy from road users en route to their various workplaces.

IN fact, it appears that in our part of the world, we are good at paying lip service to matters that engage our attention and for which there is the need to put our thoughts and hearts to work in alleviating the plight of those who suffer the brunt more.

IT  has now even become a common spectacle to see goats, sheep, and other livestock competing for space with vehicles and other road users, even though the city authorities have clear regulations against the indiscriminate presence of livestock within the city.

WE  believe it is high time we took practical action to address these challenges that threaten to undermine the progress we have made as a people.

THIS is where we think the laws of the land must work without fear or favour of anybody.  Those responsible for all those acts that affect other members of society adversely must be punished for their actions.

INASMUCH  as we want the city authorities to up their game by ensuring that proper measures are put in place to deal with the flooding situation in the city,  we must also work on our attitudes as a people.

WE can’t continue to do things in the same old way and expect positive results. As a country,  we must set our priorities right and know what we want.

AND if we all agree that flooding in our capital city is a problem, let’s all come on board and support whoever is leading the charge.

IT is for these reasons that, we commend the effort and the patriotic spirit of  Mr. Quartey to ensuring that the perennial flooding in Accra is dealt with.