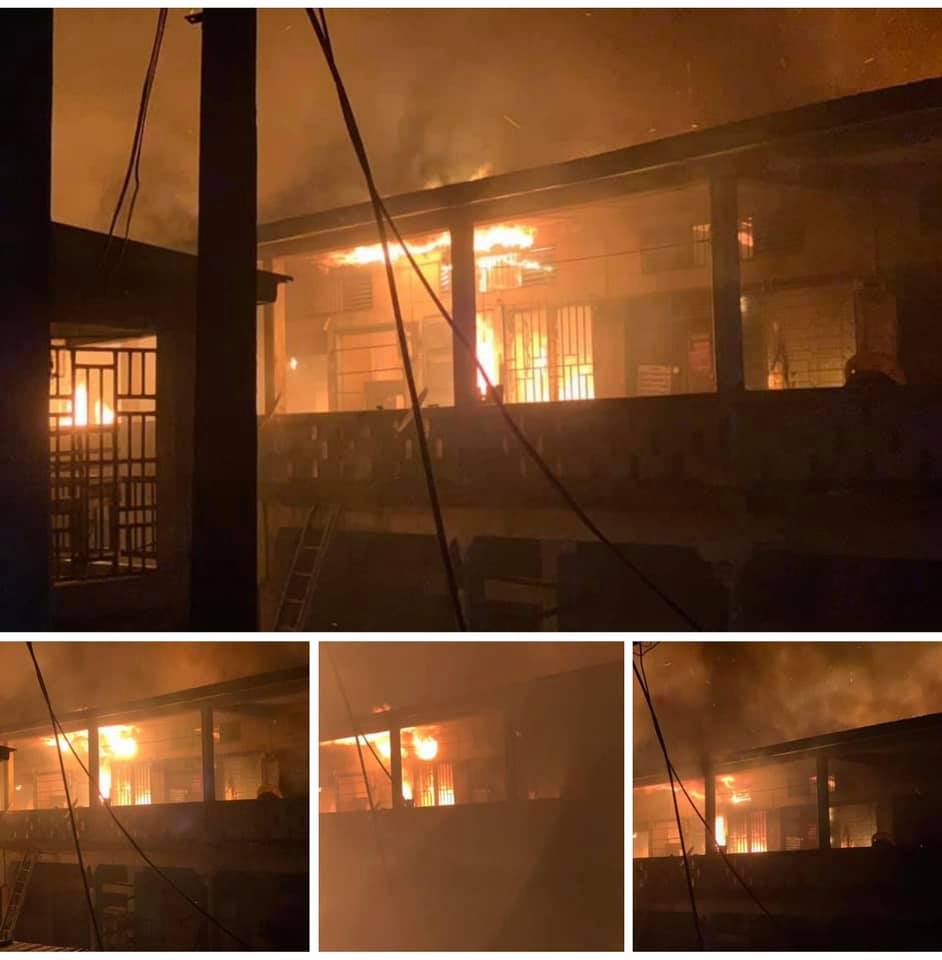 It is not the first time such a fire has been experienced there.

The Akim Oda Central Market went up in flames in the early hours of Monday, September 13, 2021.

The market, which is in the Birim Central Municipality, had properties belonging to traders.

According to our reporter, the Ghana National Fire Service (GNFS)  had a difficulty accessing the scene due to the market design.

The magnitude of the  fire ATV  observed  was the second largest since the market was built.

. “Almost the entire market has been burnt to ashes. There were about four fire tenders but because there is no access route to the main market, the fire officers couldn’t access the place to douse the fire,” an eyewitness, who is also a journalist based in the community, told ATV.

In an interview with ATV , the Municipal NADMO Director,  Mr David Okyere said, all attempt by the Fire service to have access to the market proved futile.

He indicated that the access road that leads  to the market has been  blocked by some structures.

He, however,  said the cause of the fire was  yet  to be known.

For his part, the Member of Parliament (MP) for Akyem Oda, Alexander Akwasi Acquah said he  was  sad about the incident.

To this end he promised to do his best to support the affected victims.