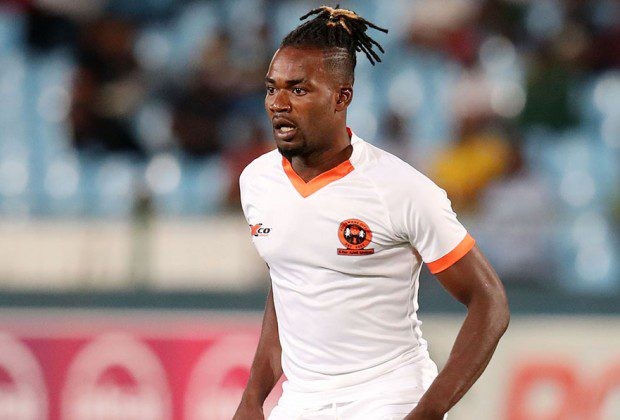 Ghanaian forward Mohammed Anas has responded to TS Galaxy after reports surfaced that the South African club had released him due to being cursed.

Anas only joined TS Galaxy at the start of this season from relegated Black Leopards, but has seen his stay cut short because of reports he brings “bad luck”.

It was claimed yesterday that Anas’ former teammates at TS Galaxy were complaining that the Ghanaian had brought bad luck with him to the camp. This is because they had examined his past and seen the clubs that he has played for previously which include the likes Leopards, Maritzburg United and Free State Stars had either been relegated from the DStv Premiership or escaped relegation by the smallest of margins.

“Yesterday, a friend from Ghana called me and asked me about being cursed, Because I’m not on social media I phoned my wife to check for me. I then said to myself, if TS Galaxy are telling me that I’m cursed, was I the only player playing for a team that was relegated? No. Is it because I’m a foreigner?” said Anas.

Anas is also of the impression that, if he is indeed cursed then as his teammates, the boys at TS Galaxy should’ve sought assistance for him instead of asking for his release from the club.

“If I’m cursed, as a brother, you must help me. I have no one here, I only have my wife and my kids. I don’t know why people are saying such things about me.”Now I’m losing my job because of this, I’m scared. How are teams going to sign me? I don’t know if I should stop playing football. What other job do I know? Football is what God gave me.” Anas added.

Anas then detailed the events that lead to his release, which included not seeing eye to eye with the new TS Galaxy coach.

“After hearing I was going to be released, I confronted the new coach. Even he couldn’t give me the reason why I’m leaving. When this coach came, they put me as a winger. I was desperate and even before the Maritzburg United match, I was still working hard. I trained hard that week. But then they told me we don’t want you anymore.”

“We will give your agent a call. I’m not a person who goes to coaches and ask them why I am not playing.” Anas concluded.

TS Galaxy then denied that Anas was released because of bringing bad luck, when they were contacted.

“There was nothing more to it really, after being assessed by the technical team, they felt the services of Mohammed Anas will not be needed going forward. A mutual agreement was reached between the two parties and they parted ways.” Said TS Galaxy.