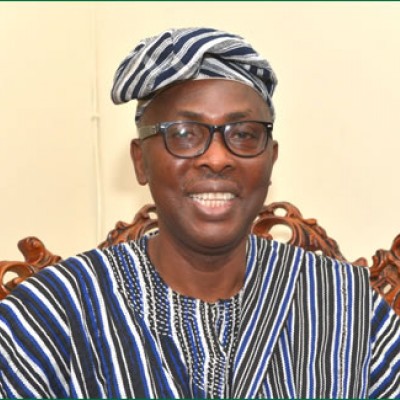 A Former Ghana’s High Commissioner to Namibia and Botswana, Amb Alhaji Abdul-Rahman Harruna Attah has said the decision of the National Chief Imam Sheikh Osman Nuhu Sharabutu to contribute to the national cathedral project was his prerogative and he should not be denied the right of expressing it.

However, Ambassador  Haruna Atta said, he did  not agree with him on that decision adding that his gesture was  not representative of all of Ghana’s Muslims.

“With his centenarian years, he has been ennobled and his advisors should have insulated him from acts that would sully his reverential status, he said in an article.

Sheikh Osman Nuhu Sharubutu made the GHC 50,000 contribution on Thursday August 26, 2021  Ghanaians have been called upon to contribute funds to the project.

Vice president Dr Mahamudu Bawumia has called on the Presbyterian Church of Ghana and other faith-based organizations to voluntarily contribute funds to build the national cathedral.

Dr Bawumia is confident the building of the cathedral will uplift the glory of God.

He was speaking when he joined the Adabraka Official Town branch of the Presbyterian church of Ghana to celebrate the 30 years of ministry of the District Minister Rev. Kwadwo Owusu Sarpong in Accra on Sunday August 22, 2021

“I want to make one point before I sit down. As you all know there are efforts to build a national cathedral. It is very important that we build the cathedral, it is a voluntary exercise, anyone who wants to contribute can contribute. I have contributed and I will contribute more so I encourage everybody to think about it and let us build it. It is not for anybody, it is for Ghana and for the glory of God” , he said.

But an article on the cathedral project, Ambassador Haruna Attah said,  “as I was completing this syndication, the entire issue of the cathedral of doom was blown wide open with the announcement that the National Chief Imam (NCI) had donated a certain amount of money towards the Nana Addo Christocentric edifice.

“As a citizen, it is his prerogative and he should not be denied the right of expressing it but then, other citizens should not also be denied their rights to “like” or “dislike” – apologies to social media jargon. But I do not agree with him and his gesture is not representative of all of Ghana’s Muslims