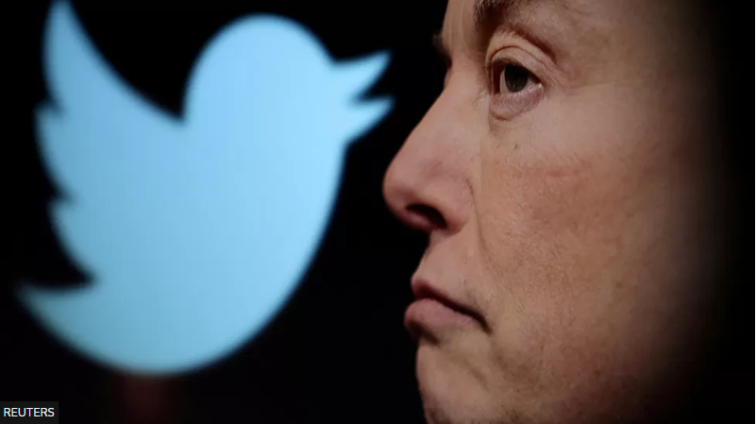 Elon Musk has said he will resign as Twitter’s chief executive officer when he finds someone “foolish enough to take the job”.

The billionaire promised earlier to abide by the result of a Twitter poll which saw 57.5% of users vote “yes” to him quitting the role.

He says he will still run the software and servers teams after his replacement is found.

Changes on the platform since his takeover have been much criticised.

Since Mr Musk bought the social media site in October, he has fired about half of its staff and attempted a rollout of Twitter’s paid-for verification feature before putting it on pause. The feature was relaunched last week.

Civil liberties groups have also criticised his approach to content moderation, accusing him of taking steps that will increase hate speech and misinformation.

On Friday, Mr Musk was condemned by the United Nations and European Union over Twitter’s decision to suspend some journalists who cover the social media firm.

The UN tweeted that media freedom was “not a toy”, while the EU threatened Twitter with sanctions.

This is the first time the multibillionaire has responded to the poll launched on Sunday asking if he should resign. Finding someone to take over the social media platform may be a challenge, according to Mr Musk. Some people speculate Twitter co-founder Jack Dorsey could also come back to run the company. He resigned as chief executive in November 2021.

“No one wants the job who can actually keep Twitter alive,” he tweeted following the poll.

In the past Mr Musk has obeyed Twitter polls. He is fond of quoting the Latin phrase vox populi, vox dei which roughly means “the voice of the people is the voice of God”.

In response to a tweet saying Twitter Blue subscribers “should be the only ones that can vote in policy related polls. We actually have skin in the game”, Mr Musk said: “Good point, Twitter will make that change.”

Twitter’s paid-for verification feature was rolled out for a second time last week after its launch was paused. The service costs $8 per month, or $11 for people using the Twitter app on shoppingmode Apple devices, and gives subscribers a “blue tick”.

Previously a blue tick was used as a badge of authenticity and was free.

For weeks, investors have called on Mr Musk to step down from running the social media platform, saying he has been distracted from properly running Tesla.

Shares in the the electric car company have plummeted more than 65% over the past year.

Mr Musk sold billions of dollars worth of Tesla shares to help fund his purchase, which helped to push the shares down.