Elizabeth Ohene: It’s all beyond me 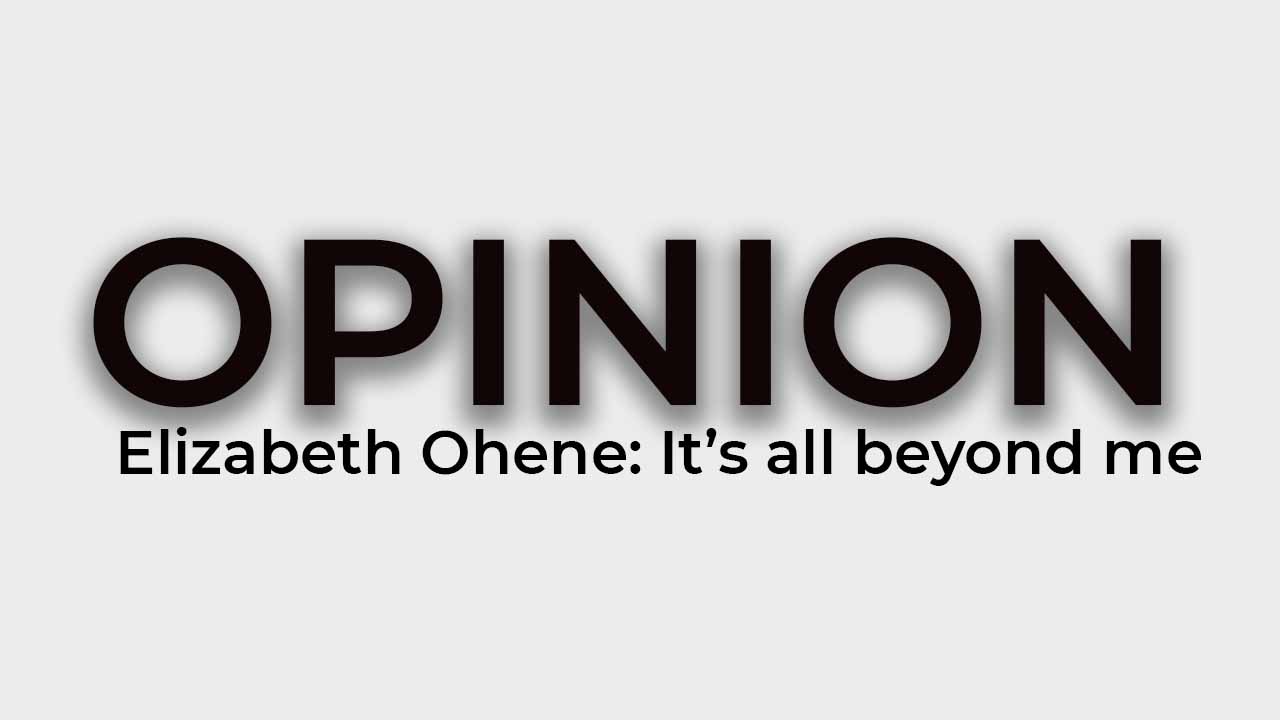 I do try to keep up with changing practices in our society. I try even harder not to go on and on about how things used to be done in the old days.

When I was young, I found such talk terribly irritating and I, therefore, want to spare the young people within my circle, the kind of talk that make them start rolling their eyes and telling themselves: there she goes again.

I acknowledge that sometimes generational differences make it difficult to appreciate and understand the different perspectives; so I ascribe my inability to understand some of the new practices and fashions to my old age.

I put torn and frayed jeans as an item of high fashion in this category. It is beyond my comprehension and that is it.

I recall that back in 1965, my mother and I had a famous disagreement over a song. She said this song, which I was singing endlessly and which was number one on the worldwide charts, had nothing to recommend it as a melodic piece of music.

“Just one grade up from noise”, was how my dear mother considered I Can’t Get No Satisfaction by the Rolling Stones.

I mention this just to make the point that I am willing to accept that what might seem to me today like “just one grade up from noise”, is likely to appear to others like the greatest piece of music ever composed.

I quite understand that Twitter has determined that every point, statement, argument can be made within a 280-character limit.

The funeral capital of the country, Kumasi, took the lead in turning the One Week observation into a celebration of huge proportions, complete with mega billboards and an all-day event at which food and drinks were served.

Now the One Week celebrations regularly came off weeks, even months after the death. Gradually, the practice is spreading among those who did not have the observance of One Week funeral rites as part of their traditions.

It is no longer limited to the Ashantis or Akans generally, it has become an integral part of funerals and even we from Abutia, who live in Accra, now have One Week funeral celebrations. I don’t try to understand, I simply put it down to my age.

It used to be that when you have a birthday or a wedding or whatever reason to celebrate something, you invited people, they would come, and be wined and fed and took part in the general merriment that you would provide as part of the celebrations.

Some people would bring presents. Now it appears if you organise a party, people don’t bring you presents, you are expected to give presents.

You provide takeaway packs and mementos for those who attend the party. An entire industry has emerged that produces mugs, embossed glassware, T-shirts and other giveaways.

It is, particularly, noticeable at children’s birthday parties. It is the child who is celebrating the birthday that is now obliged to give presents and when children arrive for the party, they make a beeline for “the bag”, which might contain anything from sweets to I-Pad tablets.

An important feature of funerals now are the obligatory giveaways of mugs, keyrings, openers, bookmarks, handkerchiefs, pens, fans, trays and other rubbish. They are given to you when you go to make the donation at the table as you are expected to do.

I do wonder what everybody is ever going to do with all the ugly plastic containers we come away with from funerals, birthday and anniversary parties. I no longer try to understand, I just put it down to my age and don’t expect to understand.

I don’t mind paying the levies at the toll booths. If that is how money is raised for the Road Fund we have to pay to get the roads fixed.

What I do not and cannot understand is why the approach to every toll booth is in such a bad state.

I would have thought that no matter how bad the condition of the road is generally, a special effort would be made to make sure that the approach to the toll booth would be in a good state to put you in a good mood as you join the inevitable long queue to pay.

Instead, the approach to every toll booth, everywhere in this country is in such a truly terrible state, it’s enough to make you resent paying even the ridiculous 50 pesewas saloon cars are expected to pay.

There are these ramps constructed on the roads leading to the toll booths that look and feel like they are meant to punish you for using the road. At every toll booth, there are potholes and inexplicable barriers to your journey.

Why should it be that a driver has to be made to suffer to pay money? I would have thought that the toll booths would be the sites with the most attractive environment on the roads.

When a stretch of road is being tolled, there is a presupposition that it is a well-made and well-maintained road and it is usually meant to be a shorter route to the alternative where you don’t pay a toll.

A toll booth is meant to guarantee a stretch of good quality road and shorter journey time. If you can’t guarantee that, you shouldn’t have a toll booth. It does not help matters that you ask for 50 pesewas.

At least that is how it seems to this woman who can’t understand many of the new ways of doing things.