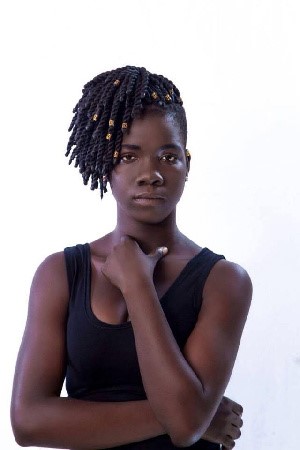 *For not supporting her

from Ghanaians after going public with her drug addiction and rap story.

Ernestina Afari, known as Dhat Gyal in showbiz, is pleased that people have not used her past to judge her. She revealed in an interview with Mz Gee on TV3 which was monitored by the Weekend Today  Newspaper that since she went public with her story, the support has been enormous.

She said, “From what I have seen, people really like me, and they support me very much because I thought people will be using my story against me. But actually, they are rather encouraging me. I think they all love me, and they want me to move forward and forget my past.

“I just said my story. I just told my story just for people to learn from it and know where they are going because If you are a musician or someone who is into fame, I think some things are not right for you to be doing. It can cause your career and everything to go down,” Dhat Gyal added.

She also pledged to fully embrace her new life and status to push her career. According to her, management headed by Socrates Safo has and is doing everything to rebrand her into a model citizen.

“I think my old life is no more needed again, and I did some things which weren’t supposed to be done. So I think starting again, I have built up my confidence. I have learnt a lot about how to do some things that I didn’t know how to do. So I think I brought up a lot of energy when coming up, and I am still learning,” she concluded.

Dhat Gyal premiered a new song, titled ‘I Miss You’, yesterday. ‘I Miss You’ is available on Youtube, Adiomack and all platforms.