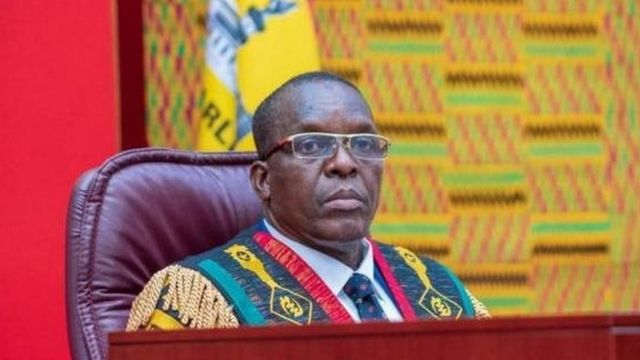 *A re-enactment of 1979 rejection or 1981 disapproval of Limann’s Budgets?

Since Friday, November 26th 2021, the national conversation has centered on the rejection or disapproval of the 2022 budget. There is as usual, the politics of it; represented by the two opposing groupings in the House chamber. They are backed by their followers, some of who will follow strictly, on partisan lines without a further interrogation of their own.

The leadership of Parliament, headed by Osei Kyei Mensah Bonsu and other snippets of information gathered by The Today Newspaper suggest that none, within the majority is considering even a disapproval than to talk about an outright rejection of the government’s 2022 fiscal policy statement.

From the perspective of the minority however, the budget suffered a still-birth after close of sitting Friday, November 26th, 2021. The minority position was clearly demonstrated in the House Chamber and publicly by Minority Leader, Haruna Iddrisu and the Member of Parliament (MP) for Ningo Prampram, Sam Nettey George.

The minority had earlier given an indication of torpedoing the Finance Minister’s budget in the debate preceding its approval. They argued that the budget in its current form, would further aggravate the hardships of Ghanaians.

One policy direction in the budget that the NDC MPs kicked against is the 1.75% electronic levy. Minority Leader, Haruna Iddrisu, had said the e-levy proposal would further marginalize the poor and would defeat efforts at financial inclusion.

He added that the levy possesses all the elements of double taxation “and even the projection, 1.75% may as well work out to be 3.75%.” The issue has also provided the platform for lawyers to bring their perspectives to bear.

It’s within the legal realm that we pick how words like ‘rejection or disapproval” and their interpretations thereof, are likely to further widen the gap in any form of consensus that one could anticipate on the seeming stalemate. The academia, has also joined in the fray.

Some lawyers have argued how the words “rejection and disapproved” within the context of the current impasse is perhaps, two sides of the same coin. In the estimation of the lawyers, the two words connote that the budget has not been approved; the possibility that it may be revised; the likelihood that the budget would be re-presented and also the possibility that it would be revised and approved.

Then the historical antecedent. Keen watchers of the political scene are asking whether there will be the re-enactment of how President Limann’s budget suffered an outright rejection in 1979; or his (Dr. Limann’s) unapproved one in 1981?

The first budget statement of President Hilla Limann was presented in 1979 by the first Finance Minister of the Third Republic, Dr. Amon Nii Koi. It was however, torpedoed or rejected by parliament. The move for the rejection of the budget was initiated by Dr. Jones Ofori Atta, then ranking member on Finance from the opposition Popular Front Party (PFP). Jones was the biological father of the current Finance Minister, Ken Ofori Atta.

The motion was supported by Dr. Godfried Kpotufe Agama, the Parliamentary Spokesperson on Finance for the another minority group— The United National Convention (UNC), led by William Ofori Atta (Paa Willie).

Indeed, when the issue was put to vote, some majority members from the ruling People’s National Party (PNP) joined the minority to throw over-board, Dr. Limann’s premier budget. As stated, after the resignation of Dr. Amon Niikoi, he was replaced by Dr. George Benneh, then Minister of Lands and Natural Resources in the Third Republic.

The rejected budget was later repackaged, taking into cognizance the reservations of the minority and later presented by the new Finance Minister. However, Dr. Benneh himself experienced bits of Dr. Amon Niikoi’s encounter and encounter with the Parliament at the time.  In his book “Hilla Limann, Scholar, Diplomat, Statesman”, Professor Emeritus Ivan Addae Mensah recounts how Dr. George Benneh’s budget also failed to get Parliamentary approval on Tuesday, June 30th 1981.

According to Prof Addae Mensah, there were some measures in the Limann budget that were considered to be burdensome. These according to the learned Professor, “were the introduction of hospital fees and the air travel ticket tax”.

It was in the preceding budget debate that Mr. Kwaku Baah, who according to Prof Addae Mensah, he (together with J.H. Owusu Acheapong) had then been expelled from the PFP… “tabled on the floor of the of parliament, various exhibits that he claimed depicted the hardships Ghanaians were going through.”

The move for an amendment (or counter) to the motion on the floor was again moved by Jones Ofori Atta, the MP for Begoro, the orchestrator of the first abortive Limann budget. When voting was conducted the minority won. Professor Addae Mensah recounts the drama that preceded the count:

“At a certain stage during the debate, one smart member of the minority, Mr. Kwabena Adae-Mensah, PFP member for Bantama constituency, did a quick count and realized that the minority side outnumbered the majority side by a few members…

He allegedly immediately went to Dr. Jones Ofori-Atta, PFP member for Begoro constituency who was then on the floor speaking to the debate, to whisper something into his ears. Dr. Ofori-Atta, immediately called on the speaker to permit him to move an amendment (or counter) to the motion on the floor to bring the debate to an end”.

From the proceedings monitored from Parliament, last Friday’s drama was akin to that that played up on the final motion day of the disapproved 1981 budget. Although the Majority NPP refused to take part in the Finance Minister’s motion for approval, House Speaker, Alban Bagbin noted that absence of the Majority MPs, could not prevent the House from proceeding with the business of the day.

After a head-count which saw all Minority MPs on their feet in opposition to the Finance Minister’s motion and his plea to have a further engagement with the leadership of Parliament, the Speaker ruled that the budget had been rejected. “The Nos have it. The motion is accordingly lost,” Speaker Alban Bagbin declared after the headcount.

The Deputy Majority Leader Alexander Afenyo-Markin who obviously was not happy with the decision then challenged the Speaker’s ruling and called for a division.

A division is a form of voting from MPs whilst ensuring that all non-MPs are cleared from the lobby.

In view of that, the Speaker directed that all non-MPs should  vacate parliament for that form of voting to take place. At this time, the Finance Minister was in the chamber, yet was not an MP. His presence was opposed by the Minority MPs.

They contended that Ken Ofori-Atta was a Minister, hence, his ineligibility to be in the chamber. After noticing that the General Secretary of the National Democratic Congress was in the public gallery, the Majority also demanded the removal of Mr Johnson Asiedu Nketia from Parliament.

Whilst the NDC MPs remained calm, their colleagues on the other side created a chaotic scene, banging on the tables and accusing the Speaker of bias. Minutes later, the leadership of the Majority side staged a walkout. The Speaker then suspended the proceedings.

Several minutes later, the Speaker returned and asked if there was a quorum for business to continue. After establishing that proceedings could continue, he put out the question again – whether the appeal from the Finance Minister should be considered.

After the Minority had their way through a voice count, he proceeded to the main agenda of the day; the approval of the budget.