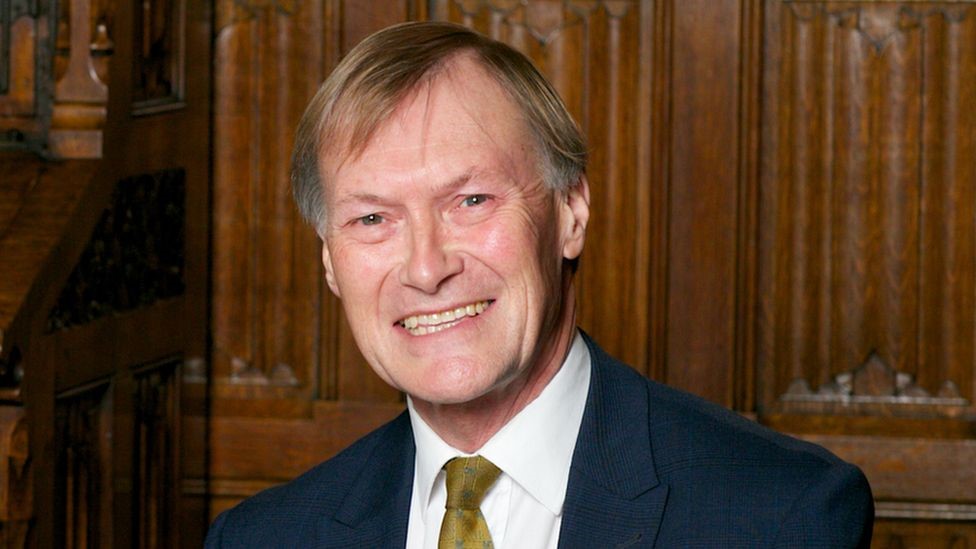 Conservative MP Sir David Amess has died after being stabbed at his constituency surgery in Essex.

Police said a 25-year-old man was arrested on suspicion of murder after the attack at a church in Leigh-on-Sea.

They said they recovered a knife and were not looking for anyone else in connection with the incident.

Prime Minister Boris Johnson said “our hearts are full of shock and sadness” at the loss of “one of the kindest” people in politics.

The investigation will be led by the Metropolitan Police’s specialist Counter Terrorism Command, who will determine whether it was a terrorist incident.

Mr Johnson said Sir David had an “outstanding record of passing laws to help the most vulnerable”.

“David was a man who believed passionately in this country and in its future. We’ve lost today a fine public servant and a much-loved friend and colleague,” he said.

Health Secretary Sajid Javid said he was “a great man, a great friend, and a great MP, killed while fulfilling his democratic role”.

Home Secretary Priti Patel said the killing “represents a senseless attack on democracy itself”, adding that “questions are rightly being asked about the safety of our country’s elected representatives”.

Sir David, who represented Southend West, was holding a constituency surgery – where voters can meet their MP and discuss concerns – at Belfairs Methodist Church in Eastwood Road North.

Police and paramedics “worked extremely hard” to save him but he died at the scene, Mr Harrington said.