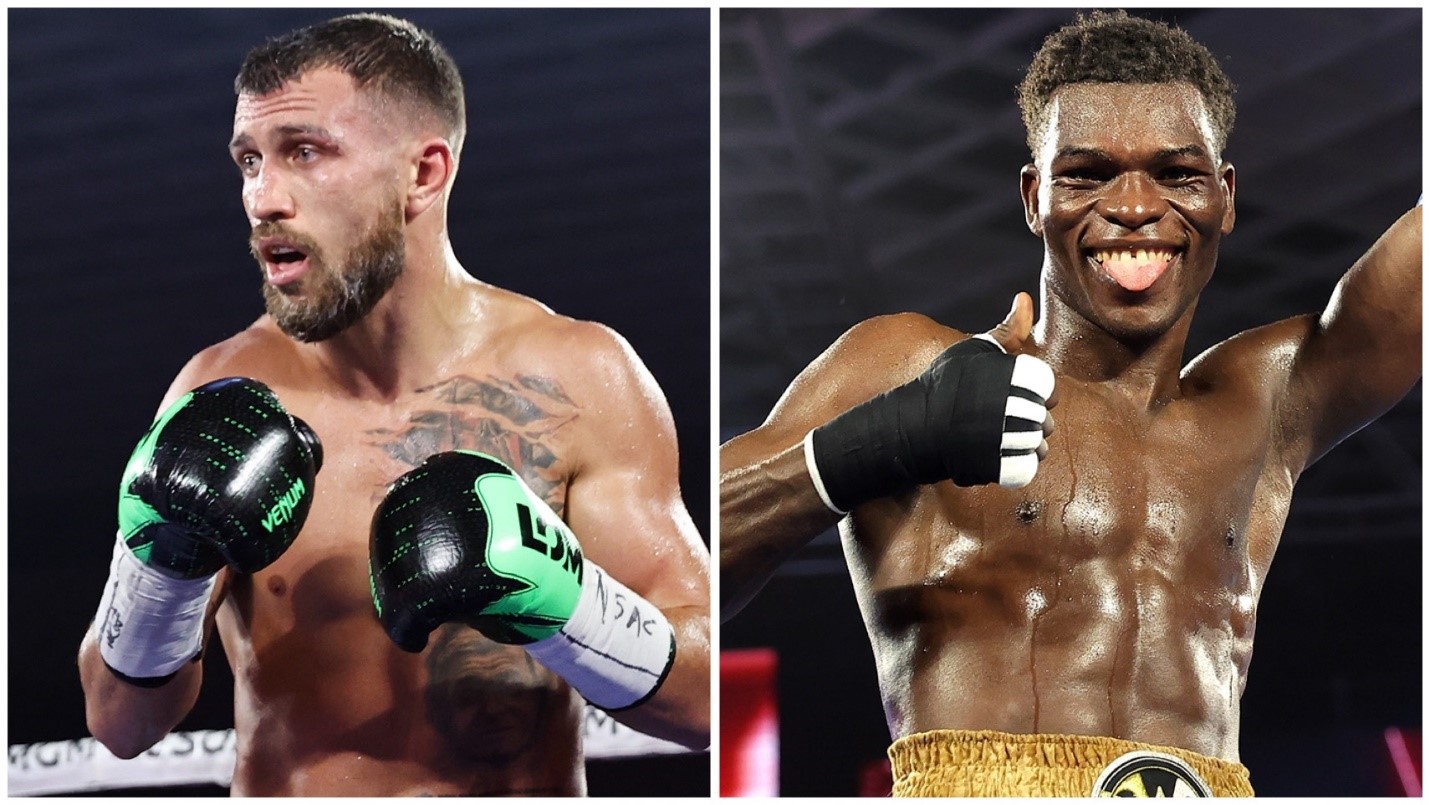 Vasiliy Lomachenko and Richard Commey have agreed to a deal for a Dec. 11 fight at Madison Square Garden, multiple sources told ESPN on Tuesday.

The clash of former lightweight champions will air following the Heisman Trophy presentation, one of the most coveted dates and time slots on Top Rank’s programming schedule.

Lomachenko, the former three-division champion, lost his three 135-pound titles to Teofimo Lopez in October in a closely contested fight for the undisputed championship.

Lomachenko (15-2, 11 KOs) underwent surgery to repair a torn rotator cuff following the bout and returned in June with a ninth-round stoppage of Masayoshi Nakatani.

The 33-year-old Ukrainian was hoping to land a rematch with Lopez later in the year, but Lopez’s June 19 title fight with mandatory challenger George Kambosos was postponed after the champion tested positive for COVID-19.

Lopez and Kambosos still do not have a date or location for their fight following a dispute with Triller that involved numerous date changes.

The date for Loma’s second bout of 2021 has always been the same, though, and it is a familiar one.

He has competed on Heisman night twice: a 2017 TKO victory over Guillermo Rigondeaux and a 2018 decision win vs. Jose Pedraza.

The two-time Olympic gold medalist is ESPN’s No. 2 lightweight and No. 8 pound-for-pound boxer.

Commey, ESPN’s No. 6 lightweight, has fought on Heisman Trophy night as well. In a December 2019 bout at MSG, Lopez scored a second-round TKO of Commey to win the only 135-pound title Lomachenko did not hold.

The 34-year-old Ghanaian rebounded with a sixth-round KO of Jackson Marinez in February and will now seek to become a two-time champion.

The pressure fighter won the title in his second bid, an eighth-round KO of Ray Beltran in June 2019.