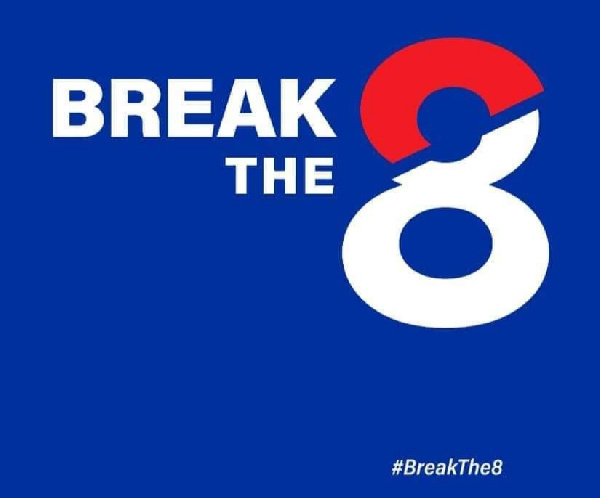 How is the NPP  managing the ‘2nd Term Curse’?

This 4th Republic has proven that the most slippery period is the 2nd term tenure of a sitting or incumbent administration. It’s a period where most suppressed views or ambitions within the ruling party begin to emerge; and from a historical standpoint, such traits have constituted a major bane of all political Administrations that have ruled the country since 1993.

The situation seems all smooth and cohesive during 1stterm of Administrations; even if it’s a facade. Where there are dissenting views, there is often that self-induced silence because a party in power would still whip its members to present a united front going into an election for a second term.

The standard practice so far has been that all Presidents we’ve had in the current dispensation have run unopposed in their party’s presidential nominations, heading to their second terms.

Part of the mandate renewal strategy is to ensure that every possible crack in the ruling party is cleverly cemented to offer a semblance of their preparedness to hand over power to themselves.

History has shown that internal core partisan politics erupt immediately after the President is sworn in for a second tenure of office. That is where every suppressed view shakes off the inertia. Individuals, who believe they were not rewarded for their efforts in the first term administration, begin to complain in the open.

The biggest issue then becomes who succeeds the sitting President? Blocks begin to emerge, arguing strongly for their preferred candidates; and that often open up new wounds or further cracks.

Party members begin to settle personal scores in the open with accusations and counter accusations; to the extent that some of the fights, struggles and insults get at the President, who hitherto, does no wrong and eulogized at every step of the way.

And so today, supporters of the two people who seem to be the leading contenders in the coming-up NPP presidential nomination, Vice President Mahamudu Bawumia and Trade & Industry Minister, Alan Kyerematen brawl in the open, with the most recent one being the open fight between supporters of the front-runners at Suhum.

The release of the MMDCEs list this week, has further deepened the wedge within the ruling party. Party supporters, who believe the President mostly, sacrificed competence for mediocrity in the selection process, have expressed their displeasure in the most unprintable words.

The other targets in the MMDCE conundrum is the all-powerful power brokers who many NPP faithful believe exploited their proxy relationship with the President, to get their favourites through the nomination process.

Such presidential staffers who hitherto took almost everyone in the ruling party for granted are beginning to feel the heat of the party grassroots. The long held logic is that as the 2nd term of the sitting President runs, so is the “executive powers” of the presidential hangars-on recede.

History of the 2nd-term curse

Right from the inception of the 4th Republic, each of the two ruling parties— the NPP and NDC, has experienced what is fast becoming the “2nd term curse” of incumbent administrations in our body politic.

It does seem the current NPP is failing to pick lessons from what happened to them during a similar period, or thereabout, when the party was in power under a J. A. Kufuor Administration. But before then, the NDC under Jerry John Rawlings had set the pace for the “2nd Term Curse” narrative in Ghanaian politics.

Many had anticipated that after the exit of Jerry Rawlings, the NDC’s political field would be cleared for all persons with presidential ambitions to freely express an interest. Any such nursing ambition became still-born when Jerry Rawlings, issued a caveat that his Vice-President, Prof. John Evans Atta Mills, was his heir apparent in the in-famous Swedru declaration of 1998.

That unilateral decision by Jerry Rawlings led to the secession of the Reform Party (RP) under the leadership of Augustus Goosie Tanoh from the NDC. It’s believed the NDC lost the 2000 elections because of the blow dealt it by the Reform Party.

Same mistake was committed by the NPP in the 2008 elections. The party could not manage the transition from Kufuor to a potential president on the ticket of the NPP because of the number of candidates that vied for the party’s presidential nomination that year.

That created massive acrimony among supporters of the 17 candidates that contested the NPP’s presidential primary. Then also was the matter of the allegation of President Kufuor’s subtle support for one of the aspirants, Alan Kyerematen. That rumour, although unsubstantiated, deepened the divide within the NPP front, going into election 2008.

Is the NPP scripting a similar ‘2008 obituary’?

Is the NPP all about set to write a similar election defeat in 2024 as it happened in 2008? The stated assumption is premised on pronouncements and actions of certain stakeholders within the party.

It was barely weeks into the 2nd term administration of the President, when posters of the sitting Vice-President, Alhaji Mahamudu Bawumia started adorning the walls and dominating the skylines.

That brought sharp reaction from supporters of other would-be presidential candidates. The rumour that the President is backing his Vice in the upcoming NPP presidential primary is also creating serious ripples within the ruling party.

It’s believed the setting— Walewale, the hometown of the Vice President, where the President announced that Dr. Bawumia “has been the best assistant in the 4th Republic” was deliberate and an opportune place for the President to craftily do the presidential bidding of his Vice.

Why did the President make such profound statement in Bawumia’s hometown? Many are questioning if it wasn’t for his support of his Vice. But what seems to be breaking the nerve-centre of the NPP is the ethnic twist to the Bawumia candidature.

The fact that it originated from a high profile party member as Majority Leader, Osei Kyei Mensah Bonsu confirms fears within sections of the NPP that Veep Bawumia is the obvious choice of the establishment.

Party chief, Dr. Nyaho Nyaho Tamakloe, has descended heavily on Kyei Mensah. He contends that the Majority Leader has dictatorial tendencies in his DNA; and that explain why he refused to submit to NPP’s parliamentary primary in the Suame constituency in the last NPP primaries.

Nyaho believes it’s such in-born traits, that is driving Kyei Mensah Bonsu to impose the Vice President on the NPP, when the party has its own electoral process to follow in such selection process.

The unkindest cut however, has been the deliberate attempts by Bawumia supporters to play the Northern card to the advantage of the Vice President. They’ve gone to the extent of tracing the Akan dominance of the NPP tradition to suggest it’s time the NPP went in for a non-Akan, especially a Northerner, to be the party’s presidential candidate.

Perhaps there is the spectre looking in the background, the elephant in the room, the disappointment some felt when the NPP and former President Kufuor failed to support Vice President Aliu Mahama to succeed then President Kufuor.

They argue that Kufuor, an Akan, run on the Busia/Victor Owusu (Akan) axis; Akufo Addo on J.B. Danquah, William Ofori Atta, Edward Akufo Addo (all Akans) revolver; and so the time was due to pay back the S.D. Dombo/Abeyefa Karbo Northern divide in the NPP/UP with the candidature of the Vice President.

However, it’s one argument that is fast receding in substance. This is because the political history of Dr. Mahamudu Bawumia would tell you, he probably has CPP leanings more than the Busia/Danquah/Dombo and NPP/UP tradition.  Dr. Bawumia’s father, the late Alhaji Mumuni Bawumia was a minister in President Nkrumah’s 1st Republic.

He once also served as the chairman of the Council of State in Rawlings’ NDC administration. Therefore, the argument is that Dr. Bawumia should rather campaign on his strengths, rather than for his supporters to tick-in on a non

existing historical antecedent. Based on the stated narrative “how is the NPP