Biography of the late Susanna Osei 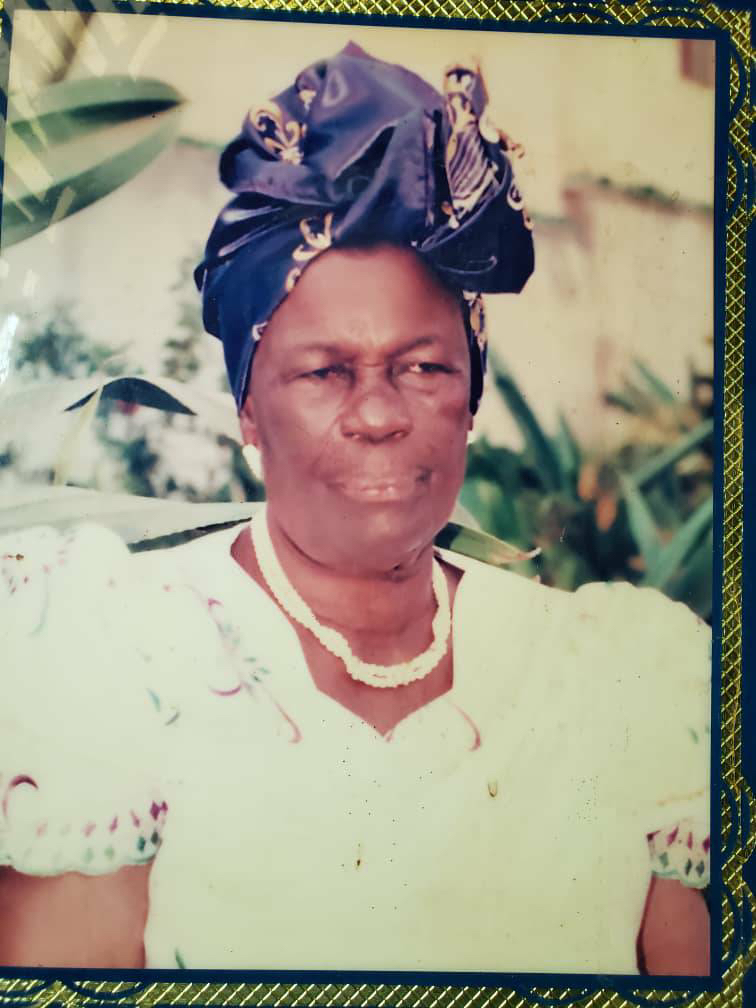 “ With long life will I satisfy him and show him my salvation”.(Psalm 91;16 KJV )
The late Obaapanin Susana Osei also known as Amma Abuaah and affectionately called ” AUNTIE” by many was born at Patakro near Akrokerri on November 24, 1924, to Nana Osei Kwame, Bretuohene of Abaase, Patakro, and Nana Adwoa Difa, both of blessed memory.
She was the eighth of nine children and the last to be called to eternity. As a result of the then pervasive idea that only males were entitled to be educated, she had no formal education and grew up with her parents at Agya Oseikrom where her parents who were both farmers had settled to go into cocoa, orange and oil palm plantations.
As a young woman, Auntie moved to Akrokerri to live with her elder sister, late Obaapanin Adwoa Pinamang and her husband, late Mr. F.K. Mensah who was the then Manager of the UTC Store at Akrokerri, assisting them in their trading and the bakery business of her sister.
Auntie was a very clever woman and soon learned the baking and preparation of doughnuts ( Bofrot and Atwemor), a trade which she was later to undertaker to earn a living.
She later got married to Mr. Robert Kwaku Boakye, a royal of the Bekwai-Esereso stool in 1940 and were  blessed with five male children, all of whom are still alive by God’s grace.
Mr. Boakye her husband was a Locomotive Engine Driver-Mechanic with the then Ashanti Goldfields Corporation Ltd, Obuasi and a Cocoa Farmer with plantations located at Mile 9, 14, 17 and Memories, all in the Amansie District of  Ashanti but not far from the Obuasi township as the described locations indicate.
After marriage, Auntie initially settled at Mamiriwa with her husband and mother in-law where she earned her living on baking of bread and preparation of doughnuts. She later moved to Mile 9, where she owned a store and undertook the retailing of cloth, provisions and hardware and also had her first – born son. She finally  relocated to Obuasi in 1952 to continue with the trade, during which time she secured a passbook which enabled her to trade with and obtain allocations of cloth and other goods from the then United Africa Company (U.A.C.), Obuasi and Dunkwa. It was in Obuasi that she gave birth to her other four sons.
In all she gave birth to five sons namely, John, George, Robert, Stephen and Francis. From 1947 to 1964 she performed her duty of love, which was the raising of her family. Once her job was done, God blessed her with 56 more years of health and happiness. Her peace and happiness actually came into effect when her children completed their education and started working, having sacrificed her energy and resources in diverse ways in their upbringing.
SPIRITUAL LIFE
Auntie was baptized into the Methodist Church at Akrokerri with her elder sister Obaapanin Hannah Osei before she got married. She joined the singing band. As a result of her extraordinary intelligence, she learned to read Fante, Asante and Akuapem Twi at Sunday School. She could therefore read the Holy Scriptures and sing with clarity from the Methodist Hymn Book. She could also amazingly memorize Bible verses and various hymns till the time of her death. In their old age, Auntie and her sister Hannah enjoyed remembering and sharing events at singing practices and singing hymn-tunes of old before the demise of the latter.
While in Obuasi, Auntie initially fellowshipped with Wesley Methodist Church where she joined the Singing Band and worked hard to the leader. She also joined the Women’s Ministry and later became their leader. She had an uncommon passion for prayer. She would intercede for all members of her family and the extended family by name using one’s day of birth as the day of intercession.
Auntie was s mother of all. She was a kind woman who shared with others the little that she had. She was very cheerful and loved her children, grandchildren and great-grandchildren.. She was a counselor to the members of the family and brought up many children of relatives and even her rivais as her own. She welcomed family, friends and sometimes strangers to her home that was always filled with activity.
Auntie Abuaah was a devout Christian who quite apart from professing her faith lived by adhering to the teachings of her faith. She frequently prayed to God, the Almighty who blessed and rewarded her in all her endeavours.
Auntie was confined to her home and stopped attending church or family functions due to poor eye sight. She however enjoyed communion services whenever the Priest visited and always looked forward to it. She was of good health most of the time despite her age.
She fell I’ll on Thursday, 24th of December ,2020 and was rushed to St. Jude Hospital in Obuasi and had a glorious exit from this earth on Monday, December 28, 2020.
She left behind five(5) children, Mr. John Yaw Boakye, Mr. George Yaw Adusei Boakye, Mr. Robert Kwaku Danso Boakye, Dr. Stephen Kofi Anane Boakye and Mr. Francis Kwadwo Asibe Boakye, 16 grandchildren and 25 great -grandchildren not forgetting her step son Joseph Boakye Danquah.
We pray that the Good Lord will accept her as His faithful servant and grant her eternal peace.
Auntie, “Da yie”.
God be with you till we meet again.
Rest in perfect peace!