Biden calls for unity As US remembers 9/11 victims 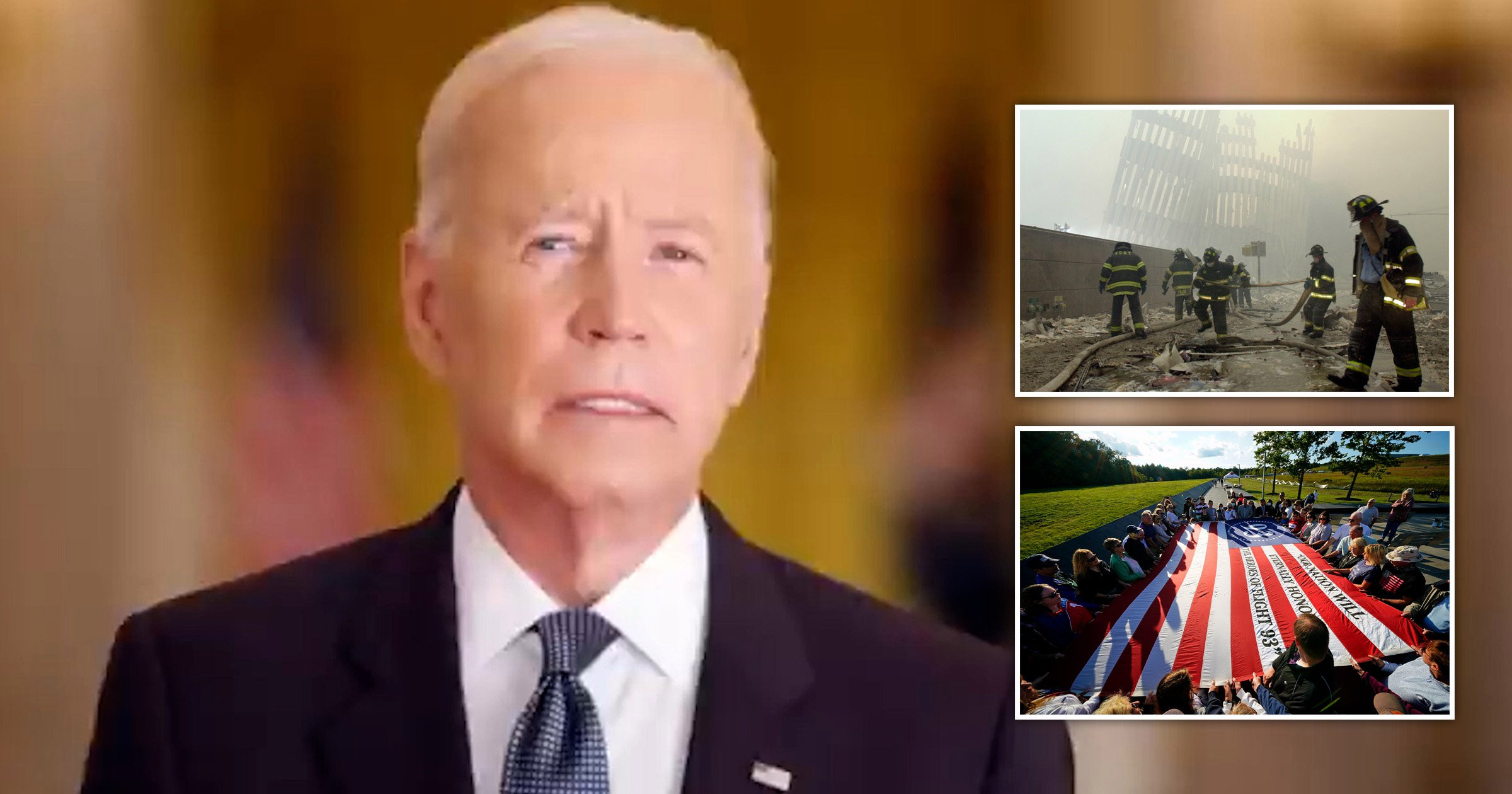 US President Joe Biden has urged unity as his country remembers the victims of the 2001 11 September attacks.

In a video released on the eve of the 20th anniversary, he paid tribute to the 2,977 people who lost their lives.

“We honour all those who risked and gave their lives in the minutes, hours, months and years afterwards,” Mr Biden added, speaking of the emergency workers who responded to the attacks.

Commemoration events are due to take place on Saturday.

“No matter how much time has passed, these commemorations bring everything painfully back as if you just got the news a few seconds ago,” the president said.

He acknowledged the “darker forces of human nature – fear and anger, resentment and violence against Muslim Americans” which followed the attacks, but said that unity had remained the US’ “greatest strength”.

We learned that unity is the one thing that must never break,” he added.

British Prime Minister Boris Johnson meanwhile said the attacks had failed “to shake our belief in freedom and democracy”. Among the dead in the 11 September attacks were 67 Britons.

The attacks, which were planned by al-Qaeda from Afghanistan, saw four US passenger jets seized by suicide attackers – two of which were flown into the Twin Towers of the World Trade Center in New York

President Biden is set to lead commemorations on Saturday and will visit the three attack sites with the first lady, Jill Biden.

There will also be six moments of silence to correspond with the times the two World Trade Center towers were struck and fell, and the moments the Pentagon was attacked and Flight 93 crashed.

The commemorations come at a difficult time for the president, who has faced strong criticism in recent weeks over the US withdrawal from Afghanistan, which ended a US presence that began less than a month after the 11 September attacks.

Mr Biden had promised to leave Afghanistan by the 20th anniversary of the attacks, and said it was unlikely the Taliban could seize the country.

Instead, the militant group went from taking control of their first major city to capturing the capital in less than 10 days.