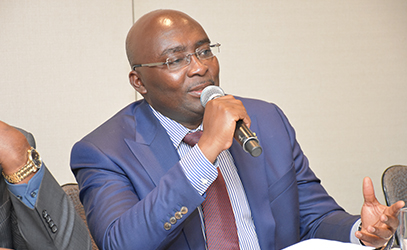 ‘MoMo taxes will affect the poor’

Contrary to the position of  Vice President Dr. Mahamudu Bawumia on Mobile Money (MoMo), the Minister of Finance, Ken Ofori-Atta  has said,  electronic transactions covering mobile money payments, bank transfers, merchant payments and inward remittances will be charged at an applicable rate of 1.75%.

Mr Ofori-Atta  made this observation during the  presentation of the 2022 budget in  parliament on Wednesday, November 17, 2021

“After considerable deliberations, the government has decided to place a levy on all electronic transactions to widen the tax net and rope in the informal sector. This shall be known as the, “Electronic Transaction Levy or E-Levy”, Ken Ofori-Atta said .

However, it would be recalled  that in recent past,  Vice President Dr  Bawumia made a strong case against any move to tax Mobile Money (MoMo), saying its implementation would adversely affect the poor and further discourage the digitisation agenda of government.

His comments came  on the back of debate over whether transactions done through mobile money platforms should be taxed, given its wide use and acceptability in the country and the perceived profits telecommunication companies are making from the payment platform.

The Vice President kicked against any such thoughts: saying applying taxes on mobile money transactions would  only increase the burden of the poor, as the telcos would  transfer such taxes to the final consumer.

“My view is that we should not tax mobile money because a lot of the people who are using mobile money transactions are very poor people. For example, someone just sends GH¢5 on mobile money, and why would you want to tax that?” he said.

He added that to push the digitisation agenda, there was  a need for use of mobile money platforms in transactions to be encouraged so that revenue, which would have otherwise been diverted to individual pockets, would  go straight to government coffers.

“We want to increase economic activities and the use of mobile money is key. If you pay for a government service and you pay by mobile money, the money will go straight into the account of government. The alternative is to give someone the cash, and you don’t know how much of it will end up in the accounts of government.

“Sometimes on our toll roads, you go on the Tema motorway and pay some toll; you are not sure how much of it ends up with government. But if you digitise those payments, you see that suddenly government revenue is going up; and the empirical evidence generally shows that when you digitise, economic activities go up,” Dr. Bawumia said.

Telecommunication companies charge, at least, a one percent fee on every mobile money transaction; and that, according to the Ministry of Communications, generates about GH¢71million per month. This has instigated calls from Communications Minister, Ursula Owusu Ekuful, for government to consider taxing telcos on monies they earn on transaction fees to enable government provide requisite developmental projects to the people.

For him, mobile money should rather be used as a vehicle to expand financial inclusion; hence, any move to tax transactions will not be in the interest of Ghanaians