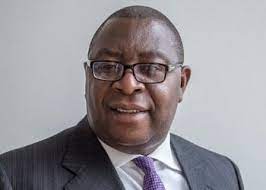 Painstaking investigations by Today Newspaper have revealed that  the Receiver of  the defunct GN Savings and Loans Company, Eric Nana Nipa   has  refused to reply  the company’s letters to him   let alone  engage the  shareholders of the company  despite  efforts made to meet with him (Eric Nana Nipa).

GN Savings and Loans Company (formerly GN Bank was among the 23 savings and loans companies which licences were revoked by the Bank of Ghana (BoG) .

Readers will recall that, the BoG on Friday August 16, 2019, revoked the licences of twenty-three (23)  savings and loans companies.  Mr Eric  Nipah was subsequently appointed  as a Receiver for the specified institutions in line with section 123 (2) of Act 930.

But since his appointment, Today can authoritatively report that the Receiver for whatever reason known to him has refused to respond letters by the  attorneys of the shareholders of GN   Savings and Loans  under the pretext that the latter is in court over  the revocation  of its licence.

For example,  a letter sighted by Today dated March 4, 2020 which was addressed to the Receiver  and copied to  the Minister of Finance, the Attorney-General, the Governor, Bank of Ghana, and the Registrar, High Court(Human Rights Division), Accraon the subject ; “REQUEST: AN UPDATE MEETING ON THE MANAGEMENT OF GN SAVINGS AND LOANS LIMITED (IN RECEIVERSHIP)” had  the lawyers  of the shareholders of GN Savings, Archbridge Solicitors, reminding Mr Eric Nipah of  their previous  letter to him under the instruction of their clients Dr Papa Kwesi  Nduom and Groupe Nduom Limited.

“As mentioned in our previous letter to you dated November 25, 2019, we are the solicitors for Dr Papa Kwesi  Nduom, Groupe Nduom Limited, the shareholders of GN Savings and Loans Limited and the persons who, immediately before August 16, 2019, were responsible for the management and control of GN Savings and Loans Limited (collectively referred to in this letter as our “Clients”)” , the letter read in part. “…we will be grateful if you could, without equivocation, agree to have us and our Clients for a meeting to discuss the following issues with you:  The particulars – name, category of investment and amounts- of the customers or depositors who have put in claims for their monies; the details of what you have been able to pay out to the customers or depositors who have put in such claims; and the details of loans and other credits that you have been able to collect in from debtors since August 16, 2019; the statement of GN Savings and Loans’ financial position as at February 29, 2020; and any  other related issue or information”,  the letter indicated.

In interviews with Today , some financial analysts who pleaded to speak on condition of anonymity  bemoaned the attitude of the Receiver, describing it as ‘unethical’.  This especially since there remains in court a lawsuit filed against the Bank of Ghana and Receiver challenging the revocation of the GN Savibgs license.

According to them, his (Eric Nipah’s) refusal  to open up and meet with the shareholders and their solicitors to discuss the issues raised in the letter  would make it difficult to  know who and who  filed claims,  who he had paid,  whose claims  he  validated  but did not want to pay and why.  They were also of the view that the shareholders of the bank  ought to know  the assets, loans, deposits and  fixed assets the Receiver took over.

Meanwhile our  investigations further  revealed that properties  worth millions of Ghana Cedis  belonging  to GN Savings and Loans Company  which prior to the revocation of its licence had over 300 branches across the country have been left  unattended to, leaving them to rot at the mercy of the weather .

These, Today uncovered include, office furniture, air conditioners, generators, computers and accessories,   refrigerators and among other things.

It should be noted that the judge in the lawsuit filed in 2019 against BOG was ready to give her ruling in December 2020.  However, the attorneys of the BOG filed appeals claiming not to fall under the jurisdiction of the High Court preferring arbitration.  The judge ruled against BOG.  The Central Bank’s attorneys pushed the matter to the Appeals Court and abandoned it there effectively putting the case on ice, and making it impossible for the judge to give her ruling on the original complaint.

It appears that the management and directors of the BOG consider themselves to be completely independent of the executive, the legislature and the judiciary.  They refused to submit to questions from Parliament.  Information made available to us suggest that they have also refused to submit to certain directives from Jubilee House.  We are investigating this latter point further and will report about it fully after we confirm our facts.