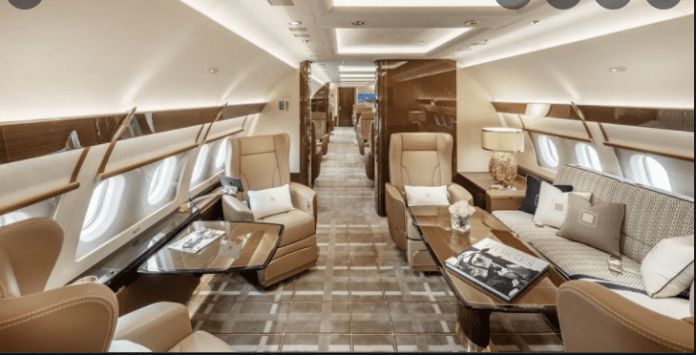 He said this policy will deal with some of the challenges associated with the decision by a president of Ghana to rent a presidential jet.

Speaking on the Key Points on TV3/3FM on Saturday, September 4, 2021 which was monitored by Today, Captain Foli who flew former Presidents Hilla

Limann and Jerry John Rawlings when they were in office said he was  surprised that Ghana did not have such a policy.

“I am surprised that we don’t have a national policy, when aircraft should be purchased and how long it should be used for. The policy should state clearly who can use the presidential jet”

The next question is why are we using this aircraft when we have our own presidential jet?

“The Aircraft seems to have some technical challenges that is the reason why. I will agree with honorable Ablakwa that there should be a presidential

travel policy. If this aircraft is developing problems then the question is what policy do we have when it comes to purchasing aircraft for presidential use.”

His comments come after North Tongu lawmaker Samuel Okudzeto Ablakwa had claimed that President Nana Addo Dankwa Akufo-Addo hired an ultra-luxury VIP jet at US$14,000 per for his trip to Germany last week.

He accused the President of wanton abuse of discretion in the decision to hire the jet at this rate.

President Nana Addo Dankwa Akufo-Addo traveled to Germany last Sunday on the invitation of the Chancellor of Germany, Angela Merkel.

During the trip, the President, among other things, delivered a speech in Dusseldorf, Germany, last Monday as part at the 75th-anniversary celebration of North Rhine-Westphalia, Germany’s number one industrial region and most populous state