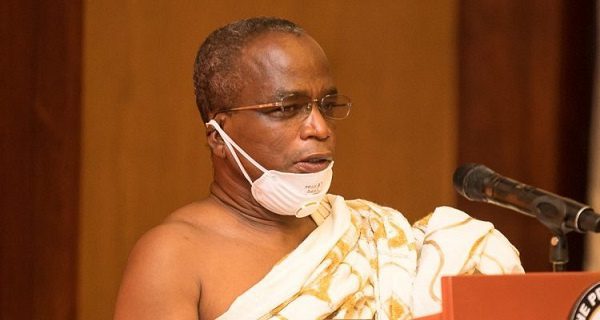 Chairman of the National Media Commission (NMC), Yaw Boadu-Ayeboafo has expressed worry over the membership of political leaders on the Parliamentary Service Board.

Speaking at a dialogue with the core leadership of Parliament which was organised by the Ministry for Parliamentary Affairs on Tuesday, Mr. Boadu-Ayeboafo said for a political leader to be on Parliament’s advisory board, the objectivity and neutrality that the House is supposed to maintain could be compromised.

“So if anybody holding political office cannot be a member of the Commission, how can somebody leading a political party advice the Speaker who is supposed to demonstrate objectivity and neutrality of the highest sense,” he asked.

Mr. Boadu-Ayeboafo noted that although the current arrangement for political leaders to be on Parliament’s advisory board appears beneficial, the future consequences are dire.

“There was this concern that now Mr. Asiedu Nketia is the Chairman of the NDC, he should not be part of the advisory group to the Speaker and serve on the board, he disagreed. There are certain things that have immediate benefit to us but the long-term consequences are not good,” he explained.

According to him, Parliament must accept its share of responsibility for the current economic difficulties the country is facing.

The legislator said the crisis was due to excessive borrowing by successive governments, particularly this government.

“Excessive borrowing – who ought to have checked government not to borrow or over-borrow –the Parliament of Ghana. So Parliament must accept some blame and some responsibility for not keeping the Executive in check. The consequences of excessive borrowing are now being felt by all of us,” he said.