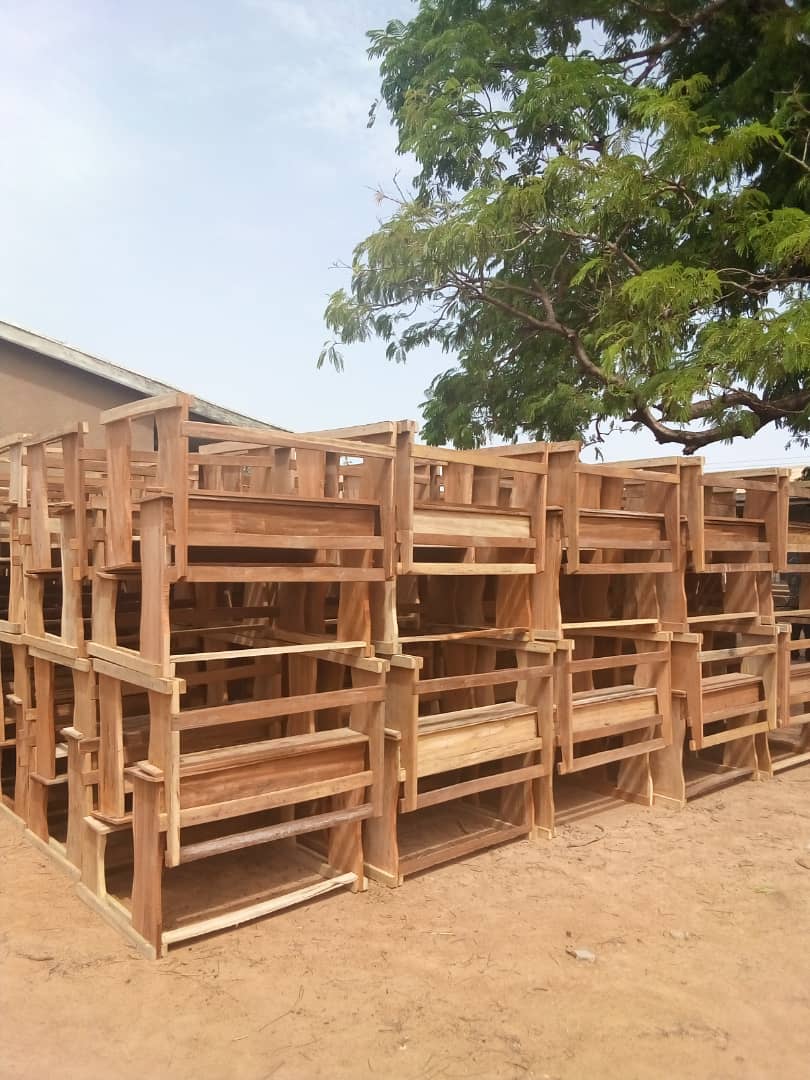 Member of Parliament (MP) for Builsa South in the Upper East Region, Dr Clement Apaak has once again demonstrated his commitment towards the education of the people in his constituency.
Dr Apaak who is also the Deputy Ranking Member of Education Committee of Parliament has presented 100 pieces of dual desk furniture to Uwasi Primary School .

The donation was made on his behalf by the National Democratic Congress (NDC) Builsa South Constituency Chairman Ceaser Akinkang.

But this did not come without asking for more like Oliver Twist. The District Director of Education used the occasion to appeal for more furniture for other schools in the District.

In another development, on behalf of Dr Apaak, the Builsa South NDC’s secretary one Kazi donated 200 pieces of dual desk furniture to the Ghana Education Service Director in the district.

Speaking to Today in an interview, the outspoken Builsa South MP promised to do more in the area of education for his constituents.

He disclosed that his next intervention would be the fixing of the roofs of some schools which had been ripped off by rainstorms..

“At least 21 classrooms across the constituency need their roofs fixed. Any help is welcome”, he appealed.