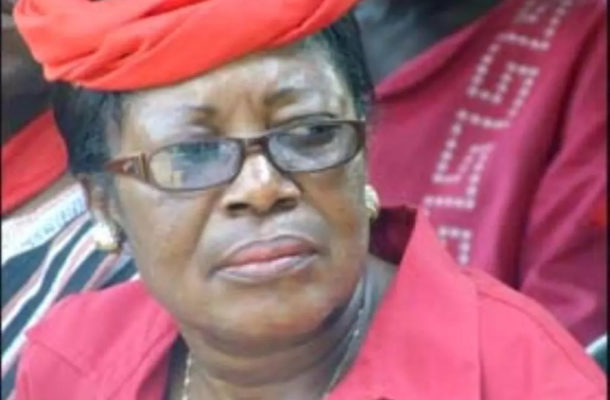 ormer MP for Gomoa West and Central Regional Minister, Ama Benyiwa Doe, has passed on, a family source has confirmed to the media.

The vociferous politician served as National Democratic Congress(NDC) Member of Parliament (MP) from 1992 to 2004.
The founding member of the opposition party christened Comfort Saah, died on Sunday morning,September 19,2021
In May this year, she commented on the disagreement between the party involving Bernard Allottey Jacobs.
The former member of the Council of State during late President Atta Mills’ era said the party’s former Regional Chairman recent rants would not affect the party in any way.

“Allotey doesn’t have any influence on the NDC; he only adds up to the numbers,” she said

She said the suspended member of the party only joined the NDC to enrich himself.
“Allotey Jacobs’ sole interest was to make money [and] now he feels he is okay, so he is biting the hand that fed him,” she said.

She won in 2000 with 12,995 votes out of the 28,089 valid votes cast, representing 46.30% against Benjamin Kojo Acquah, an NPP member who polled 11,248 votes, Kofi Amissah Essandoh, a CPP member who polled 2,468 votes and Muhammed M. Kassim, an NRP member who also polled 1,378 votes.
Ama was nominated by President Mills in January 2009 as the Central Regional Minister, and she became a Regional Minister from 2009 to 2012.
She was once a National Women’s Organiser of the NDC.