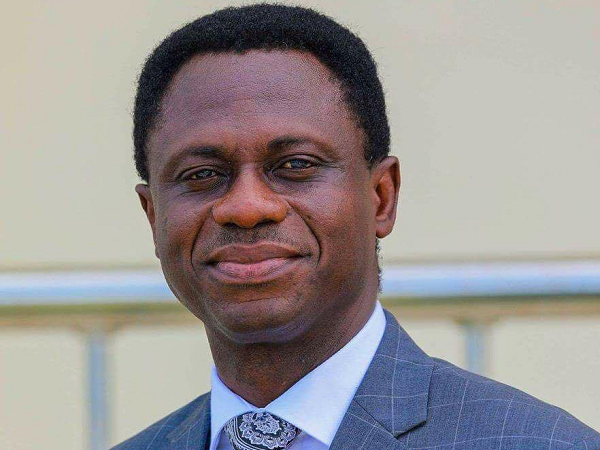 Our votes not for Homosexuals -Church of Pentecost

The Church of Pentecost  has  indicated   it will  ensure that  any government that will oppose the  yet- to -be passed  anti-LGBTQI+ Bill  is voted out of office.

National Chairman of the Church, Apostle Eric Nyamekye, said  his outfit will vote out any political party that stands against the passage of the Promotion of Proper Human Sexual Rights and Ghanaian Family Values Bill.

“We’re going to cause people to come onto the street, and we’re going to warn any government that if you vote against this bill, we will vote you out, that is it. There’s no room for neutrality,” he told journalists in Accra on Wednesday, October 6, 2021.

Apostle Nyamekye was part of about 30 top clergymen who presented a memorandum to the House’s Committee of Constitution of Legal Affairs on Wednesday in support of the bill.

As Parliament nears resumption on October 26, issues around the controversial bill have regained steam.

In its current state, the bill seeks to criminalise the activities of LGBTQI+ as well as individuals and organisations that advocate or promote the activity in the country.

However, a series of memoranda have been presented to the Committee in opposition to the legislation.

Persons behind these memos seeking a retraction of the bill in its entirety include renowned lawyer Mr Akoto Ampaw; author, scholar and former Director of the UN Economic Commission for Africa, Prof. Emerita Takyiwaa Manuh; a communication and media expert, Prof. Kwame Karikari; the Dean of the University of Ghana (Legon) School of Law, Prof. Raymond Atuguba, and the Dean of the University of Ghana School of Information and Communication Studies, Prof. Audrey Gadzekpo.

Many of them say the bill is backward and connotes state-sponsored violence against persons who identify as LQBTQ+.

This, according to them, is an affront to fundamental human rights.

But the Christian clerics are of a different view.

Speaking to journalists at the Parliament House on October 6, 2021  Apostle Eric Nyamekye explained that the Church would  do everything possible to ensure that the bill was  passed because “it’s about the future of the nation.”

“What I’m saying is not political… Anyone who wants to destroy this nation, we will not allow you to rule us,” he added.

The Clergymen also insisted  that further dragging the bill would  allow many people to speak to it, thereby delaying the passage of the bill into law.

The bill prescribes the promotion and advocacy activities directed at children.

Therefore, any person who uses the media and other electronic channels to produce, procure, market, broadcast, publish or distribute materials or information directly or indirectly directed at children with the intent to evoke the interest of children in the activity could face a jail term of not less than six years and not more than 10 years.

Parliament says over 100 memos have been received over the bill so far from citizens and stakeholders all over the world.