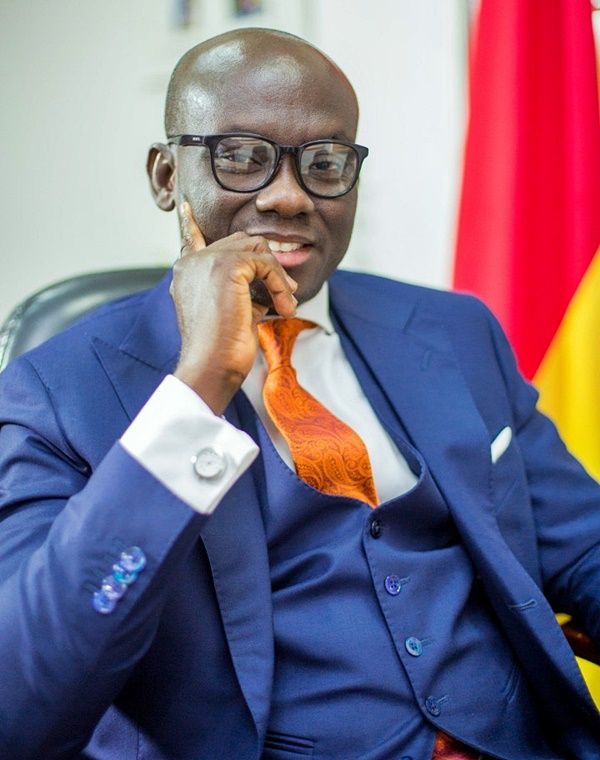 *On admission of 499 students into Ghana School of Law

Attorney-General, Godfred Yeboah Dame has rescinded his earlier decision not to direct General Legal Council (GLC) to admit the 499 students who had earlier been denied admission into the Ghana Law School.

His directive follows two letters from President  Nana Addo Dankwa Akufo-Addo, requesting that he [Mr Dame] makes “the necessary intervention to the General Legal Council, on behalf of the 499 students, to address the issue and advise that the students be admitted into the Ghana School of Law.”

According to the Attorney-General, after careful examination of the petitions, he observed that despite the GLC not advertising any pass mark or threshold before the exams, it was widely assumed the 50% general pass mark applied in 2020 would apply this year.

“Reasonableness and fairness required the GLC to have communicated the alteration in the process of admission of students into the Ghana School of Law.

“This became more imperative when an account is taken of the immense public interest in the admission processes of the School of Law,” he said in a letter dated November 1.

The failure of the GLC to do this, he said, had “created unwarranted doubts about the transparency of the process.”

To remedy the situation, the Attorney-General has proffered three alternative solutions from which the Council could choose.

The first option demands that the GLC grants the 499 students deferred admission into the Ghana School of Law with effect from May 2022.

“A special provision can be made for the first year professional law course by candidates already admitted to run from October 2021 to April 2022. Thus, the 499 candidates may undertake their programme from May 2022 and ending in November 2022.

“Arrangements will have to be put in place for the two sets of candidates to undertake their pupilage and be called to the Bar at a common date in the next two years,” he said.

He stated that provision should be “made for the organisation of classes in a way as to be able to cater for the needs of the entire candidates of the Part One Course of the Professional Law Programme.”

The final option demands that the GLC conducts a special examination in November 2021 to allow the 499 students to justify their admission into the Law School for the 2021/22 academic year.

Such examination may be on ‘essay questions’ which properly assess the ability of candidates to reason legally and resolve practical problems,” Godfred Dame explained.

Meanwhile, he has further advised that in the future when the GLC is once again about to conduct an entrance exam for admission into the Ghana School of Law, the GLC should clearly advertise the pass mark to ensure transparency and accountability.

Godfred Yeboah Dame’s statement has  come at a time when the Minority in Parliament is demanding his removal from office.

The Minority had filed a motion to remove the Attorney-General from office as a result of the Justice Minister’s refusal to comply with a directive from Parliament to facilitate the admission of the 499 students into the Ghana School of Law.

Parliament on October 29, passed a resolution directing the GLC to admit the 499 candidates who were denied admission to the Ghana School of Law.

However, the Attorney-General wrote back to Parliament saying the House could not  direct the GLC on its admission processes by resolution.

“Whilst recognising the general legislative powers of Parliament in Ghana, except as have been circumscribed by the Constitution, I am constrained to advise that Parliament is devoid of power through the use of Parliamentary resolutions, to control the process of admission into the Ghana School of Law.

“The mode of exercising legislative power enshrined in article 106 of the Constitution does not admit of resolutions.”

But in a memorandum addressed to the Speaker of Parliament by Minority Chief Whip, Mohammed-Muntaka Mubarak, the Minority wanted  the Speaker to schedule a censure vote on the Attorney General.

“That this Honorable House passes a vote of censure on the Honourable Attorney-General and Minister for Justice Mr. Godfred Yeboah Dame, in respect of the following conduct: Refusal, without justifiable basis, to implement the resolution of this Honorable House unanimously passed on October 29, that the General Legal Council admits into the Ghana School of Law, 499 students who sat for and passed the entrance examination of the Ghana School of Law for the 2021/22 legal year In accordance with its own published ground rules, Impugning the image and integrity of this Honorable House through statements unbecoming of the holder of the office of Attorney-General and Minister of Justice of this Republic”, the memorandum read.