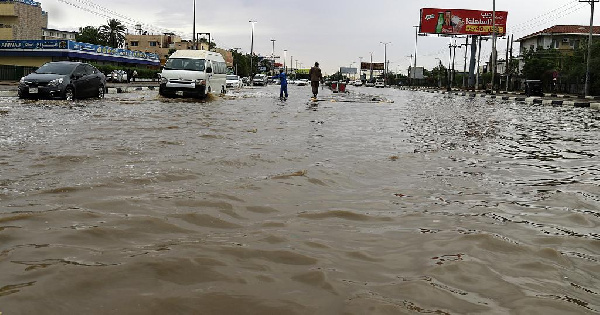 Some parts of Accra and the Ashanti regional capital, Kumasi, were flooded on Thursday morning, September 2, 2021 following more than five hours of rainfall.

In Accra, there was gridlock in areas such as Tesano, Shiashie, Okponglo, where the roads were submerged, causing heavy traffic.

Speaking to Weekend Today  some agitated drivers said the situation had not improved over the years and called on government to address the situation.

“It’s long overdue; they should fix the roads for us, every time it rains, this is what happens, they should fix it because we are tired,” an angry passenger told Weekend Today.

“I have been in traffic for more than two hours; it’s very unfortunate. Our engineers in this country have disappointed us. I am an engineer by profession, but we shouldn’t be going through this; it’s not good at all,” another driver said.

A commercial driver who shared the same sentiment described the situation as terrible. He noted that it had caused them long delays to their destinations.

“I have been in traffic for about an hour now, and I feel terrible about it because I have a program at 7:30 am, now it’s almost 8:15 am, it means I am late already. This is very bad, and the authorities have to do something about it.

“Indeed, they have to fix the country; it’s very important,” a frustrated passenger said.

Others said that because the Ministers of state and other government officials use SUVs, they do not feel the pain of those using taxis and commercial vehicles.

“The roads are bad, the leader needs to fix it, they use 4x4s so that they can pass through the water, but for us, we are in taxies and trotros, so we have to suffer.”

The situation was no different from that of the Ashanti Region as Weekend Today observed that the main Kumasi-Accra road and other areas were flooded.

“It means that motorists have to devise a strategy to themselves, so what they have done is to convert the double lane, as the Kumasi-Accra road is blocked to a single lane.