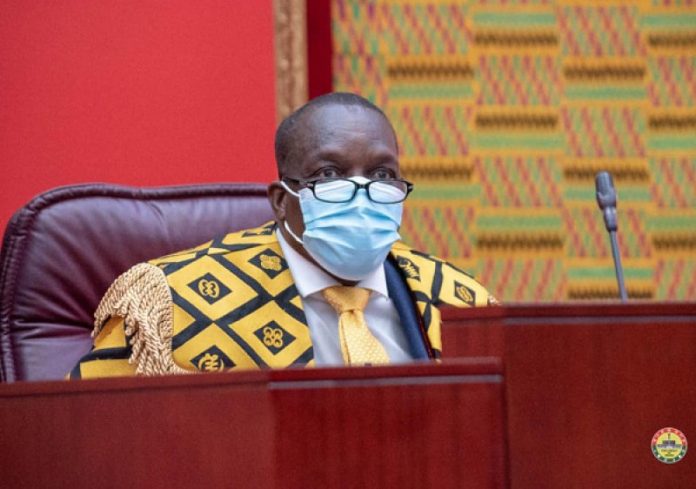 The Ghana National Chamber of Commerce and Industry (GNCCI) has commended the Speaker of Parliament, Alban Kingsford Sumana Bagbin for his assurance to protect the GIPC Act 2013, Act 865, which reserves the retail space for Ghanaians.

The Chamber appealed to Parliament to ensure that it was enforced to protect the retail trade from being flooded by foreigners.

“We cannot not allow foreigners to come in here and take control over what we have reserved for our people for the growth of the economy,” Mr Clement Osei Amoako, President of GNCCI said.

Mr Clement Osei Amoako, President of GNCCI made the observation when the new Executives of the Chamber called on Parliament Select Committee on Trade, Industry and Tourism at Parliament House in Accra.

The visit would afford the Executives the opportunity to discuss pertinent issues affecting the business community in Ghana and strengthen the relations between the Chamber and Parliament for the benefit of the public and private sectors.

Mr Amoako raised concerns about the high interest rate on the cost of credit and therefore appealed to the Government of Ghana to reduce its borrowing from the local financial market in order to free-up funds for the private sector to borrow at a lower interest rate.

He also expressed worry about high cost of electricity ‘This is pushing the cost production up,” he said.

He queried why in Ghana, the private sector especially the manufacturing sector rather subsidized electricity for households and maintained that the high cost of electricity was collapsing industries and something ought to be done to help the manufacturers to produce at a lower cost in order to be competitive.

“If these countries are being supported with stimulus packages which make their cost of production low and they come in here to compete with us then our industrialization drive will be jeopardy,” he said.

Mr Amoako raised also a number of other concerns and issues affecting the business community such as multiplicity of taxes, lack of common and uniformed cross-border policy and system at the points of entry exit and the reversal of the 50 percent benchmark values at the ports.

Also, the private sector interest and support for the African Continental Free Trade Area (AfCFTA) was phenomenal. This is because the business community was a key beneficiary of the agreement.

“As a Chamber, we are excited that the journey to opening up new market access opportunities to drive the needed economic growth and transformation of the African continent has begun,” he added.

Mr Carlos Ahenkorah, Chairman of the Trade, Industry and Tourism Committee of Parliament, announced that the Committee would organize a national programme on Standardization and Harmonization of Business Laws to cover all categories of businesses including those from the Association of Ghana Industries (AGI), Oil Marketing Companies (OMCs) among others, and would look at various laws including the local content Act to harmonise them and guide trade in relation to the AfCFTA.

Mr Ahenkorah stated that the GNCCI as an organization had a responsibility to tell Ghanaians which direction the government was going and what could be done to help businesses in the country.

Mr Emmanuel Armah Kofi-Buah, Ranking Member on the Trade, Industry and Tourism Committee in his comment expressed the need for the Committee to create the forum for the Chamber to tell their stories to the Ghanaian public.

He said the challenges the private sector faced were worsened by the COVID-19 pandemic. “I have met so many Ghanaians who can compete anywhere but the stack against them, it is as if they want you to succeed,” Kofi Buah said.

He said for the Chamber to become a trusted partner there was the need for it to conduct annual business surveys on certain key government policy and come out with a report of its impact on the people.

“If you want to be a trusted partner it would depend on the way you do it…annually everybody would be waiting for your report on certain key policy of government and its impact on the people,” he said.

He added: “If you do it honestly such a way that everybody believes is correct, you see that overtime government would be following your report.”